A farmer's best form of advertisement is providing delicious produce. Recruitment rice "Atotori Musuko" is a new initiative that sells delicious rice and agricultural experiences to find successors for these farms. We were in charge of creating a website to convey that project. 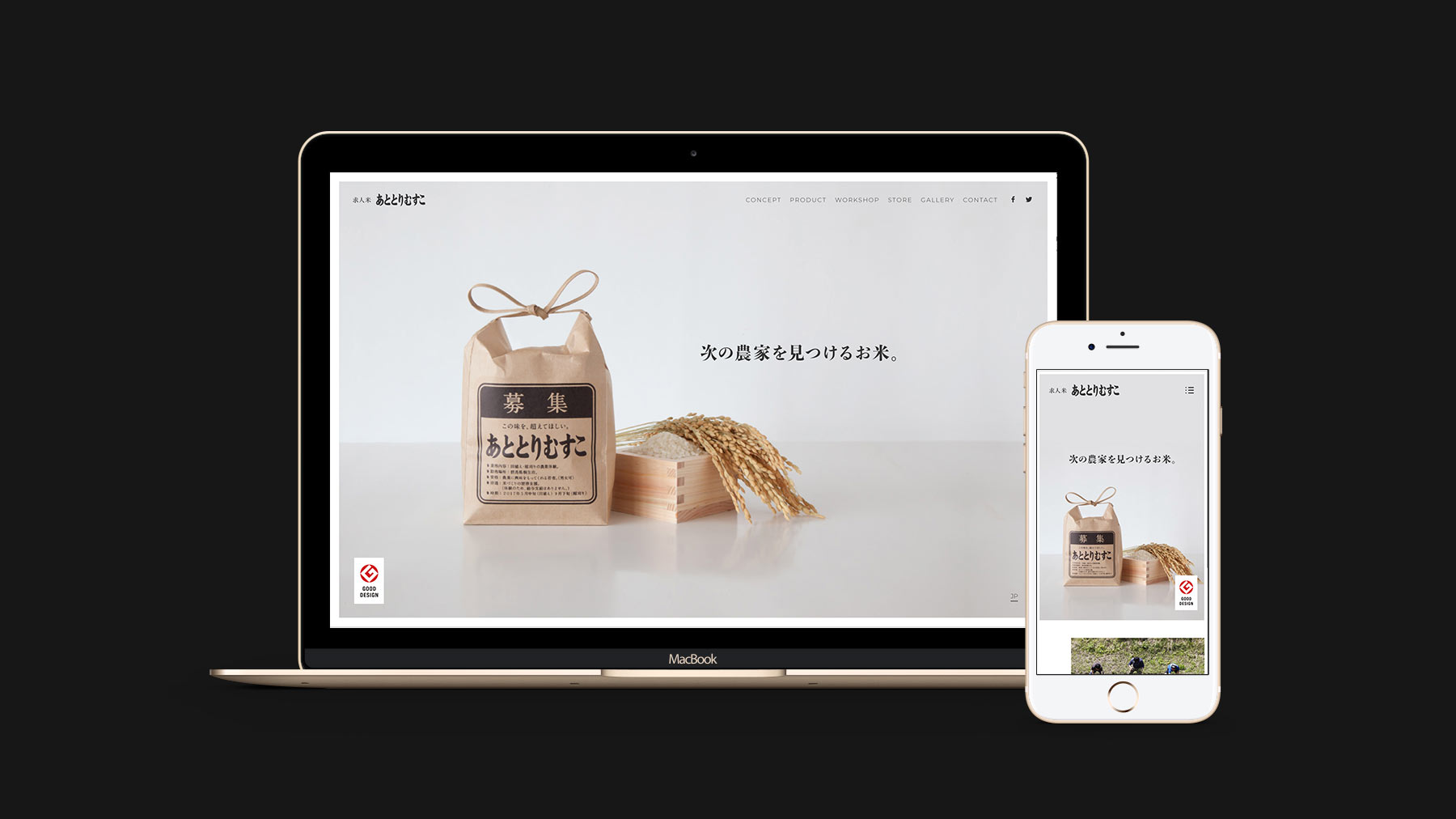 Rice Encouraging the Next Generation of Farmers

The staple food of Japan: rice. However, in recent years the number of people involved in agriculture has declined and Japan’s population is increasingly aging, causing the search for successors of rice farmers to become a big issue. One of the farmers having trouble finding a successor, Hatsuo Endo (65 years old) of Kiryu City, Gunma Prefecture, designed a unique advertising strategy to recruit young people interested in agriculture. Along with an NPO corporation in Gunma Prefecture, we launched the rice "Atotori-Musuko" which helped advertise agricultural jobs, straight on the package. Not only is it an advertisement for jobs, but purchasing "Atotori-Musuko" allows the buyer to participate in an agricultural experience. 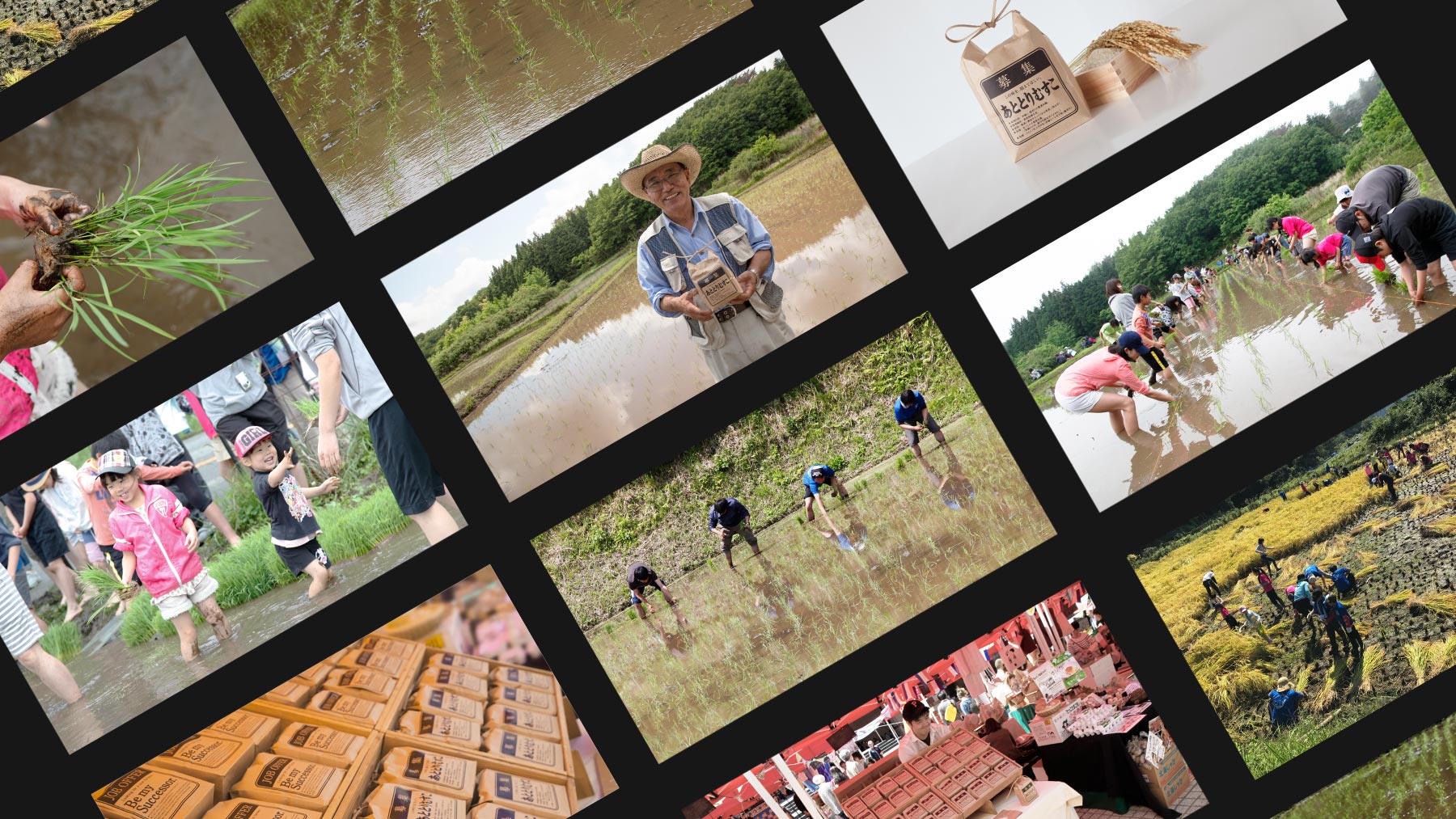 More than 300 People Participated in the Agricultural Experience: Probable “Atotori"

Recruitment rice "Atotori-Musuko" was featured in numerous mass media outlets since the launch, including newspapers, radio, and the internet because the project was so unique. In addition to the GOOD DESIGN AWARD 2017, it also received many other creative awards.
More than 300 people participated in the rice planting experience that was advertised on the package. Among them, young probable “Atotori" who were interested in entering the agriculture industry also appeared. 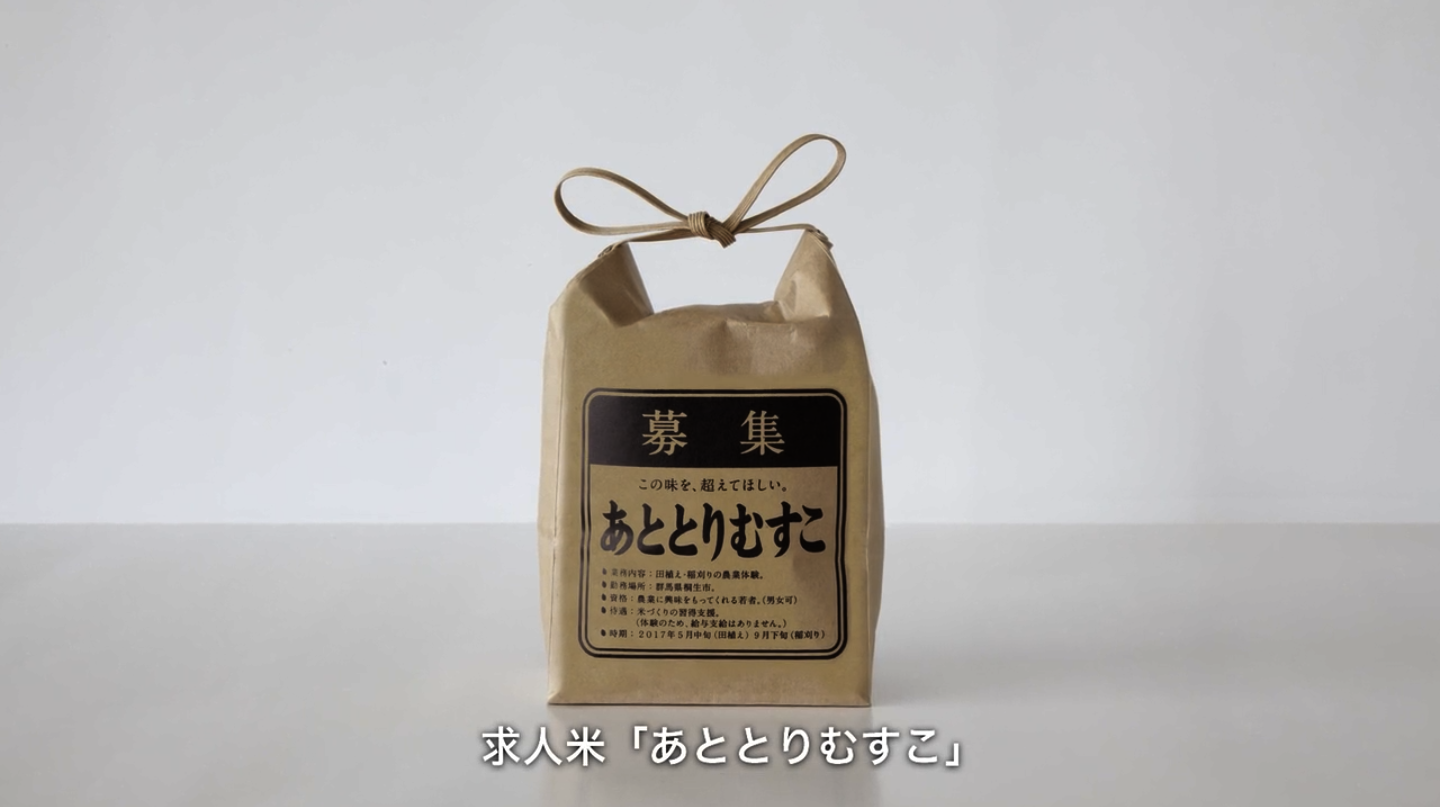 How to Convey the Proposal Simply, and Beautifully

For the design of the website, we omitted unnecessary decorations and animations and focused on showcasing the products and working atmosphere, simply and beautifully. 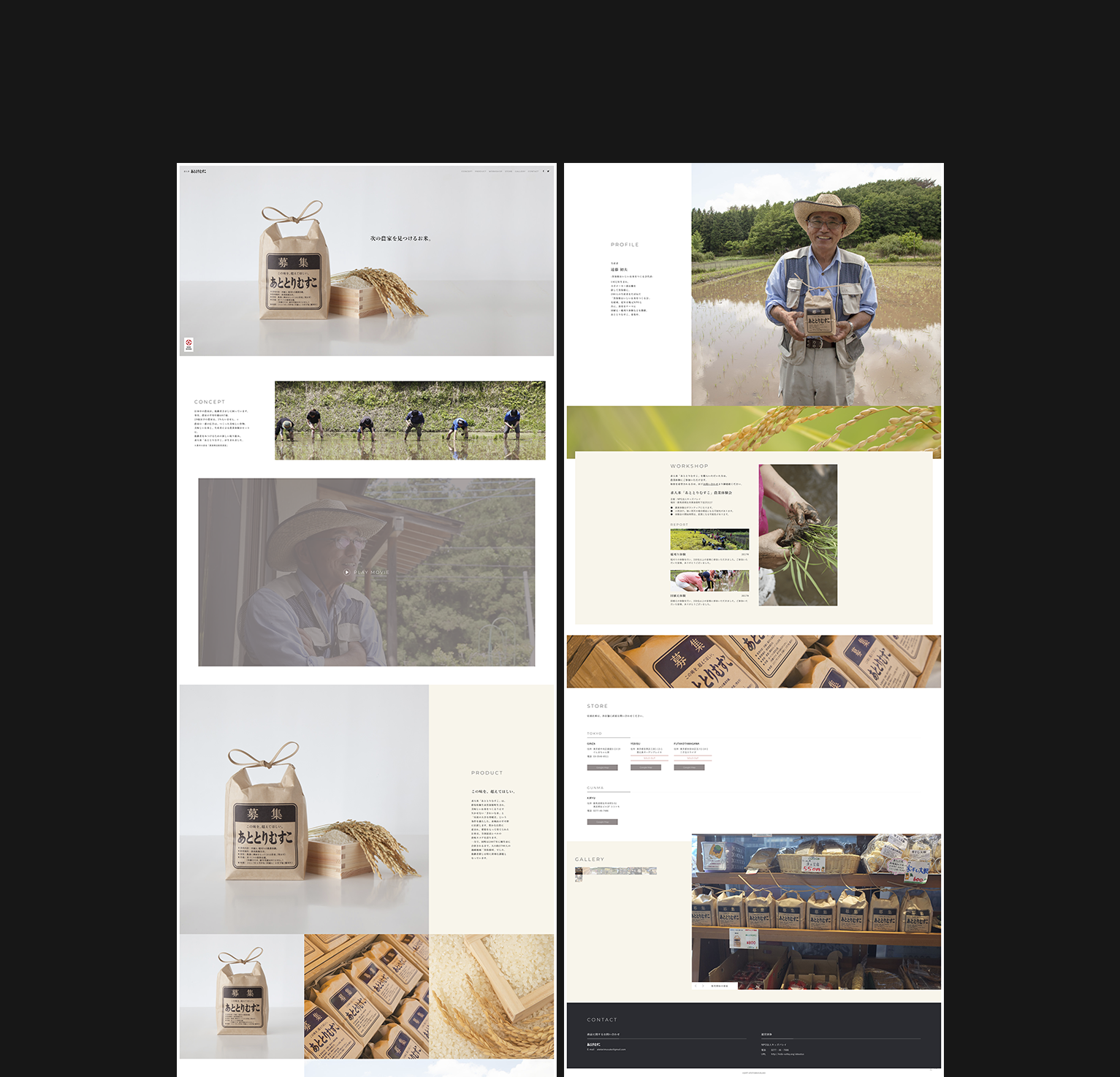