JAL FLIGHT FUN! is an entertainment application for enjoying travel on Japan Airlines domestic flights. The planning, UI/UX design, and overall design of this application were made by monopo. 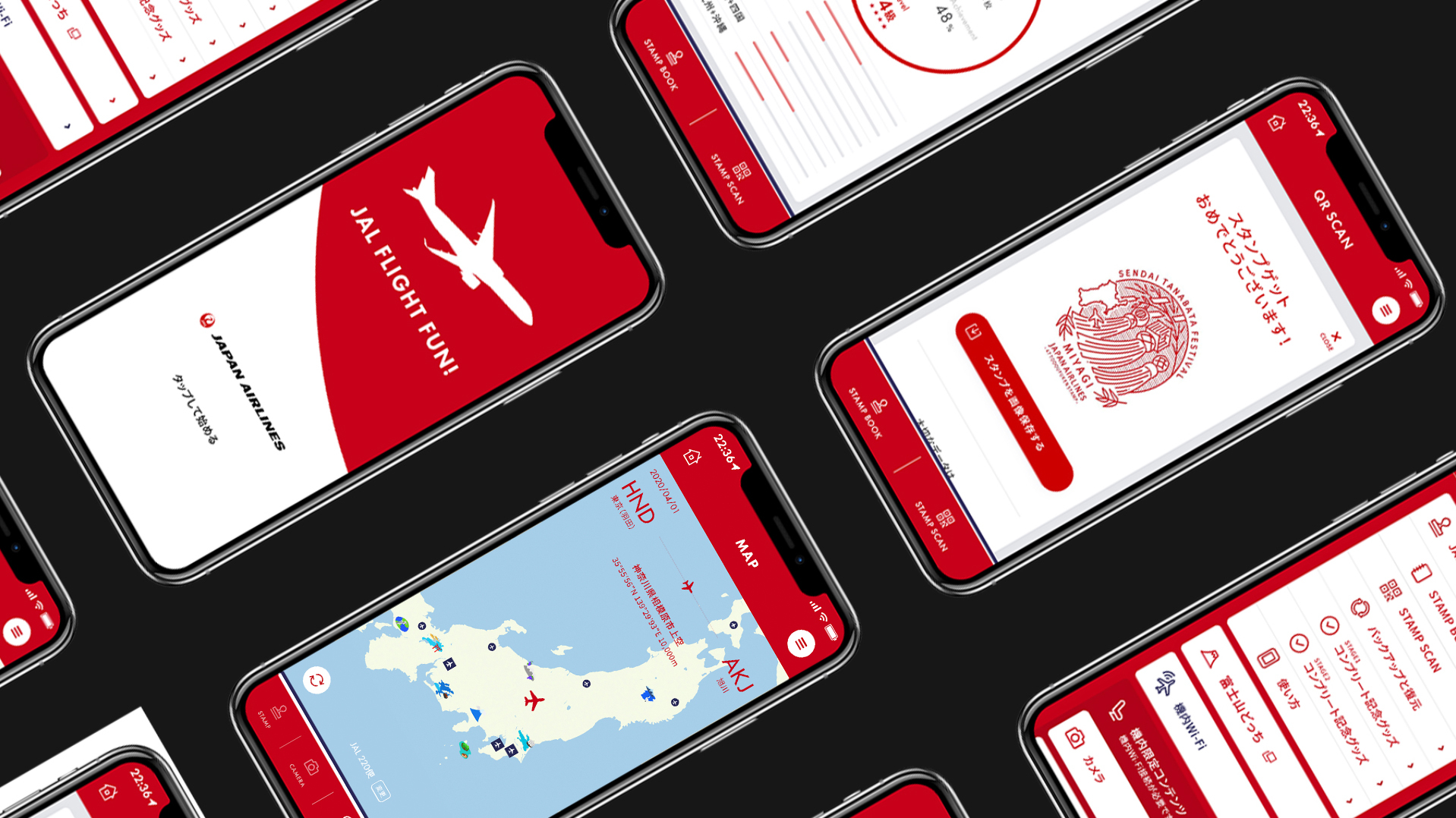 Experience made possible only by digital means

JAL TODOFUKEN STAMP, one of the contents of the application.

JAL has launched an initiative in which all flight attendants on domestic flights wear the Yukari (familiarity/bond) Prefectural Badge designed in the shape of the prefecture that they feel most familiar with, and entertain passengers through conversation about the prefecture. Initially, flight attendants have given passengers a sticker with the shape of the prefecture for memory after the pleasant conversation. However, It is now renewed with a digital stamp due to the launch of the application.

This initiative being very popular, monopo has planned and incorporated a new gimmick, which could exceed existing fans’ expectations although being digitized.

When a user gets a stamp, an animation, which was not made possible by receiving a sticker like before starts. The stamp which a user gets is saved in the application, and a user can collect them like making a stamp album and check the status of the collection on the map. 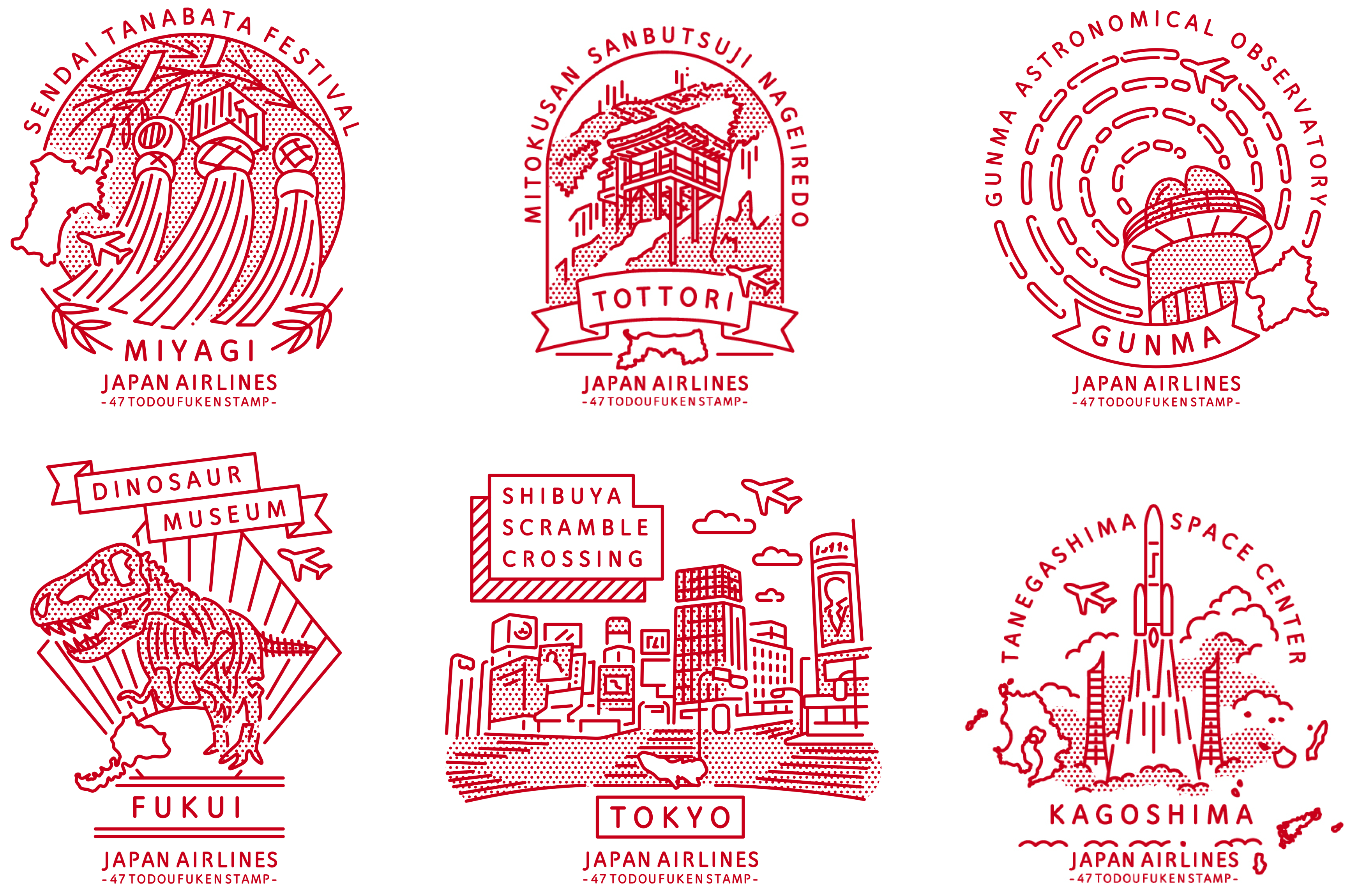 Initially, the goal was just to collect all of 47 prefecture stickers, but monopo has elaborately redesigned so that light users could enjoy by achieving a small goal for each prefecture such as getting a complete stamp. In addition, the more the user collects, the higher level one reaches, thereby enjoying the step-up process.

Even after collecting all stamps of "The Trip to 47 Scenic Spots in Japan", one can still enjoy the second lap with the concept of "The Trip for 47 Gourmet Meals in Japan", and would not get bored before reaching the final goal of fully completing them. 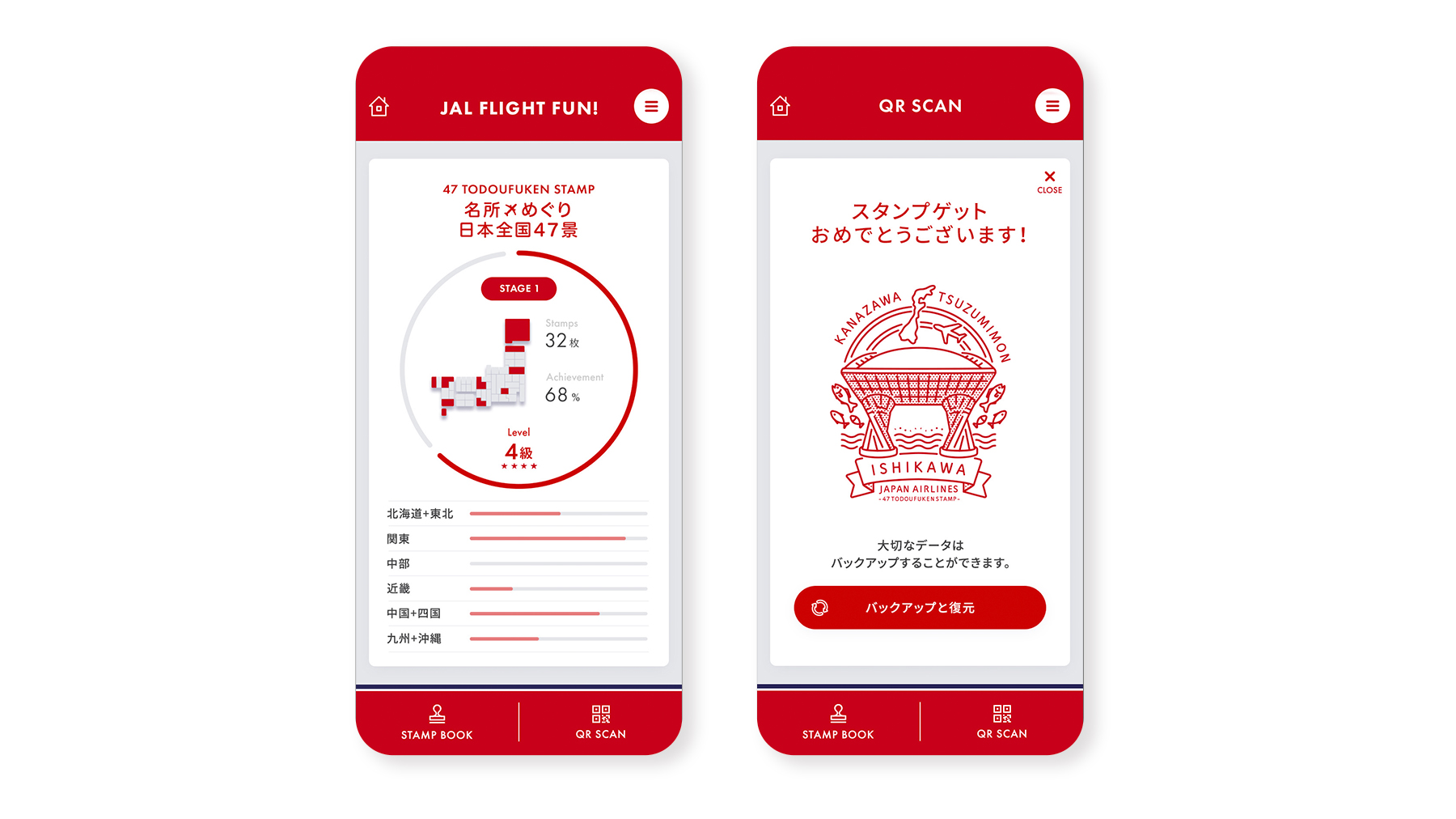 As this application has a camera function, a frame which other camera applications do not have is designed especially for Japan Airlines to make air travel more enjoyable.

In the map function, there are contents like the souvenir information and trivia of the destination which raise passengers’ expectations by the time of arrival.