We partnered with Japanese artist Takashi Murakami, Vans, and Hypebeast to create a film about Murakami's creative collaboration with Vans 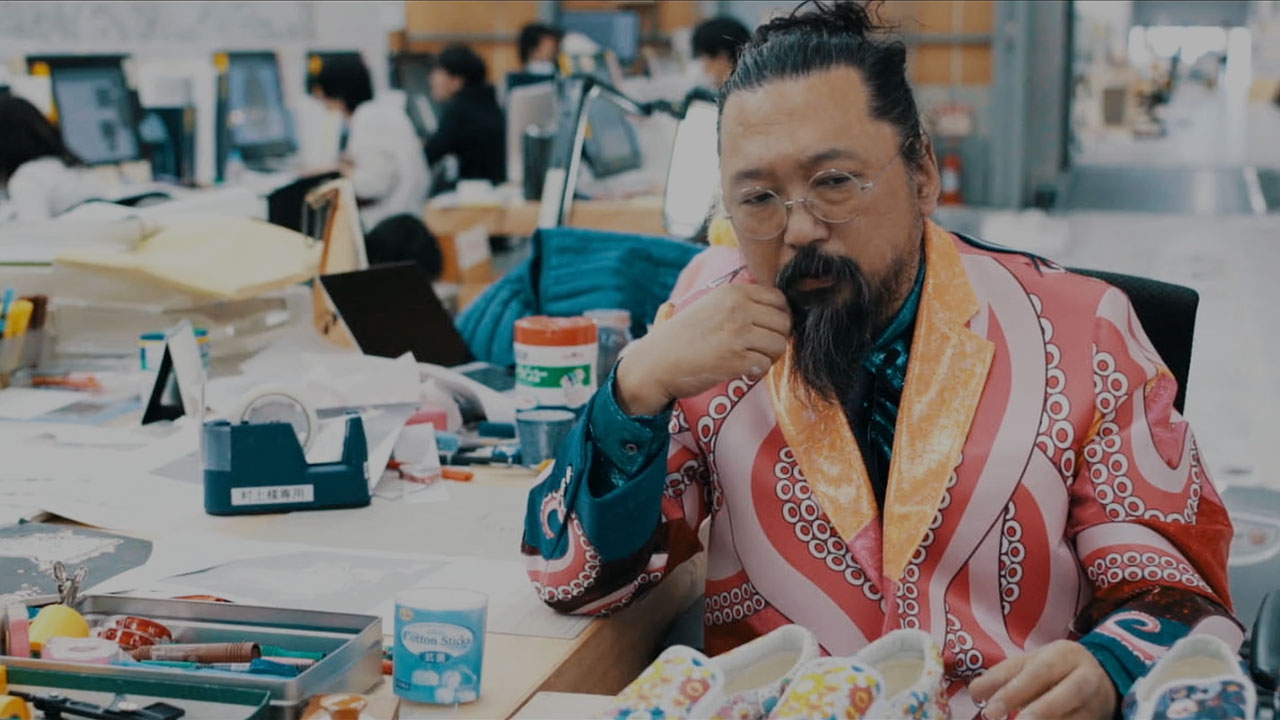 We worked with Japanese artist Takashi Murakami, Vans, and Hypebeast to create a film about Murakami's creative collaboration with Vans. We were invited to Murakami’s massive atelier / production warehouse north of Tokyo, along with his office in Nakano to document his creative process and workflow and the story behind how him and Vans came together to create the iconic set of Vans slip-on sneakers. 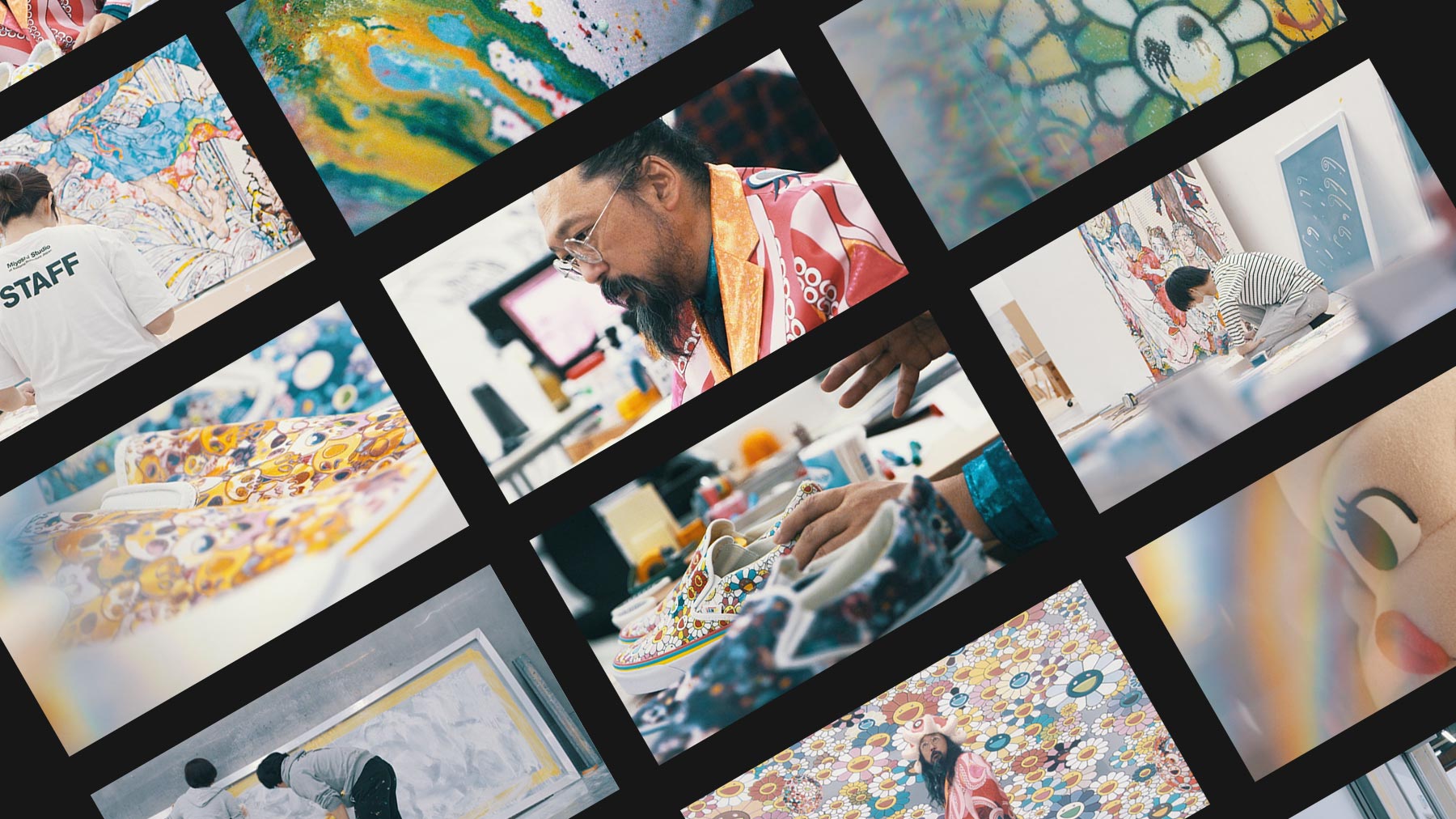 Getting deep inside the crazy mind and world of Takashi Murakami

Takashi Murakami has created a very distinct and unique world of his own. One that he inhabits and embodies everyday of his life. We approached this project with the intention of capturing this world as faithfully as possible through VFX, music, and styling. We were under extreme time constraints and has no opportunity for any location scouting or pre-production arrangements so we had to get creative on the fly with whatever was at our disposal, which was his wild, colourful outfits, zany personality, and excessively expansive workspace. We made sure to style him as colourfully as possible in order to offset the rather bland and uninteresting background of his workspace. The extensive post-production VFX was implemented to show his animated world while compensating for our limited shooting time space. 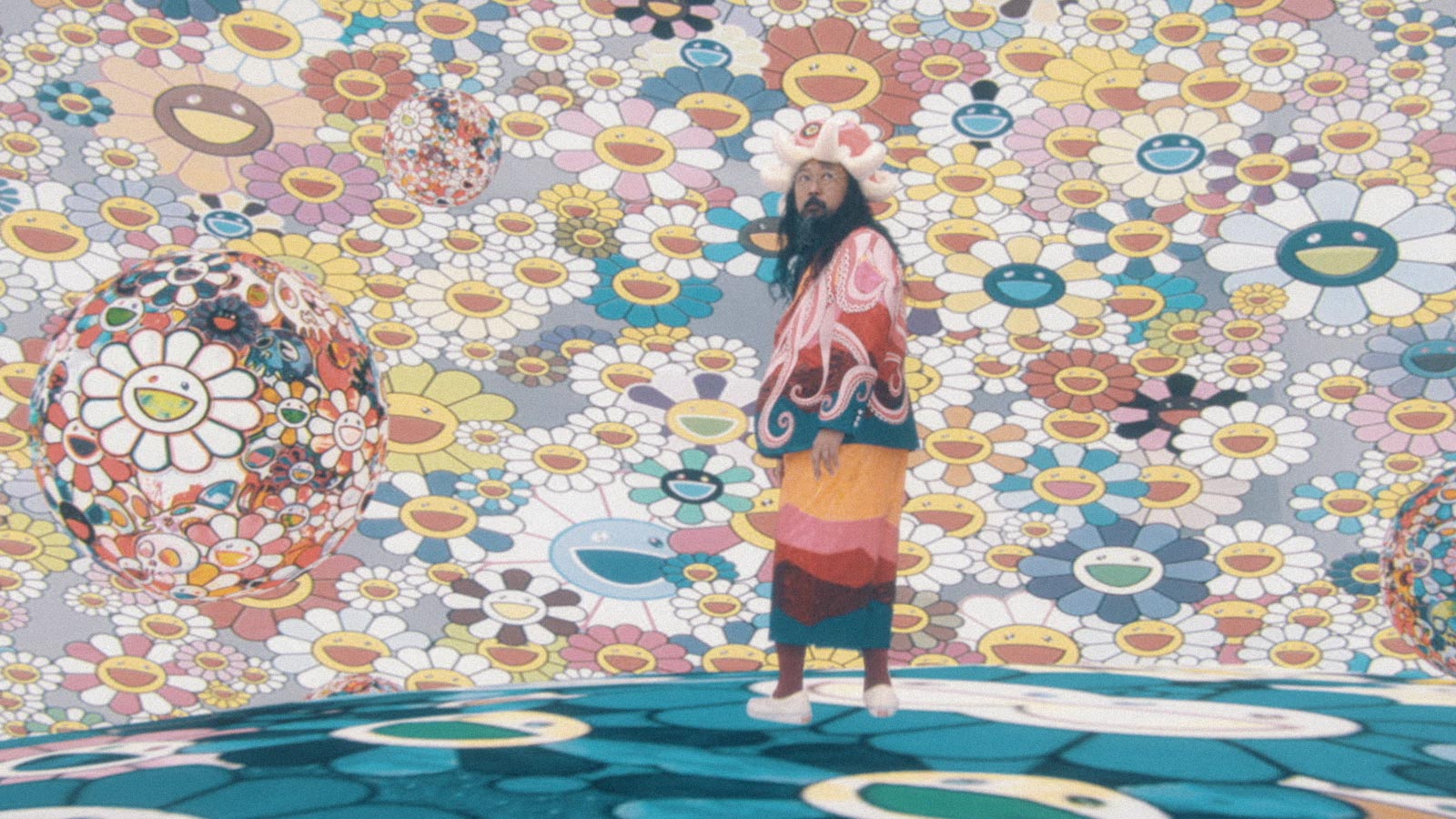 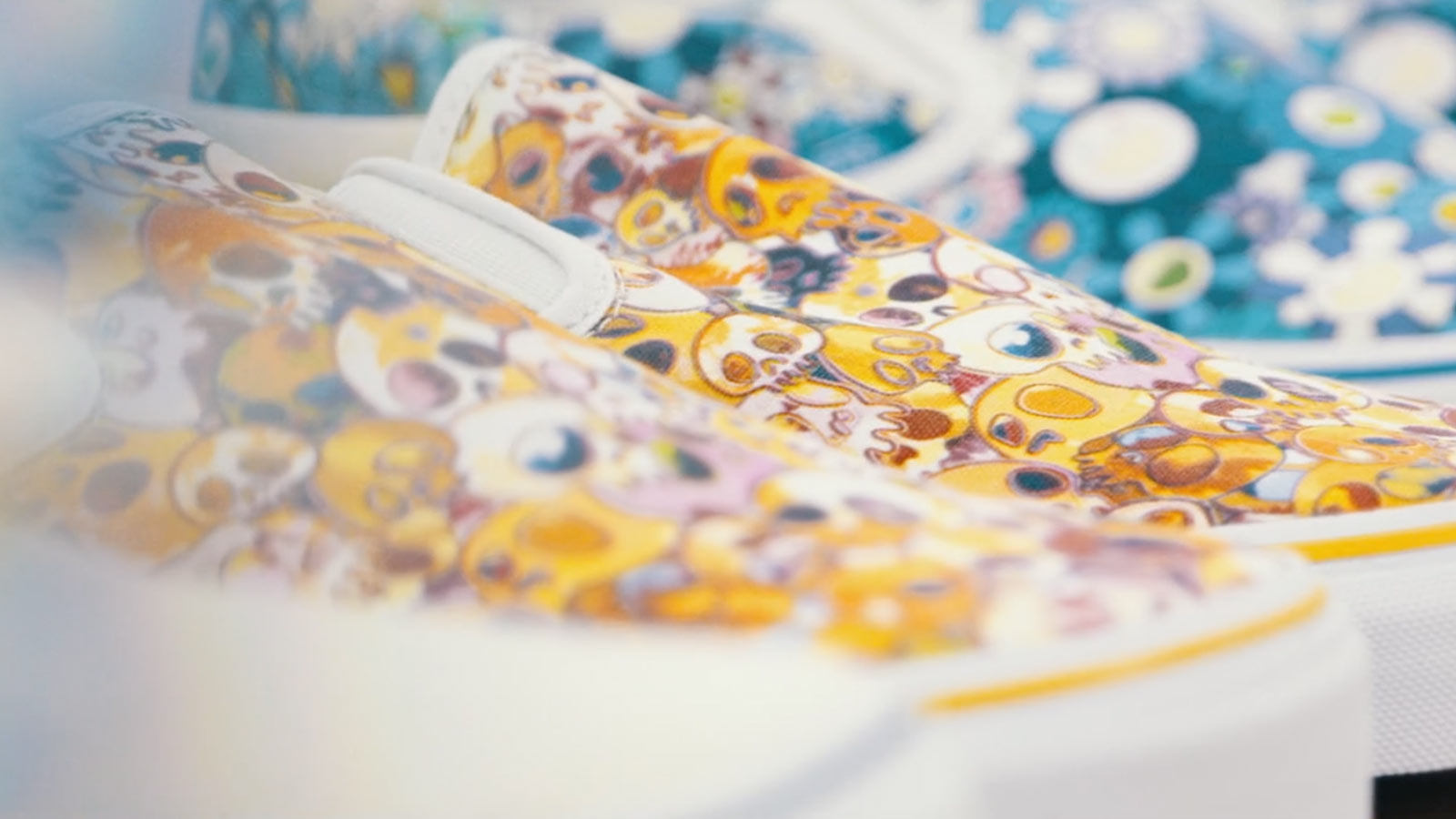 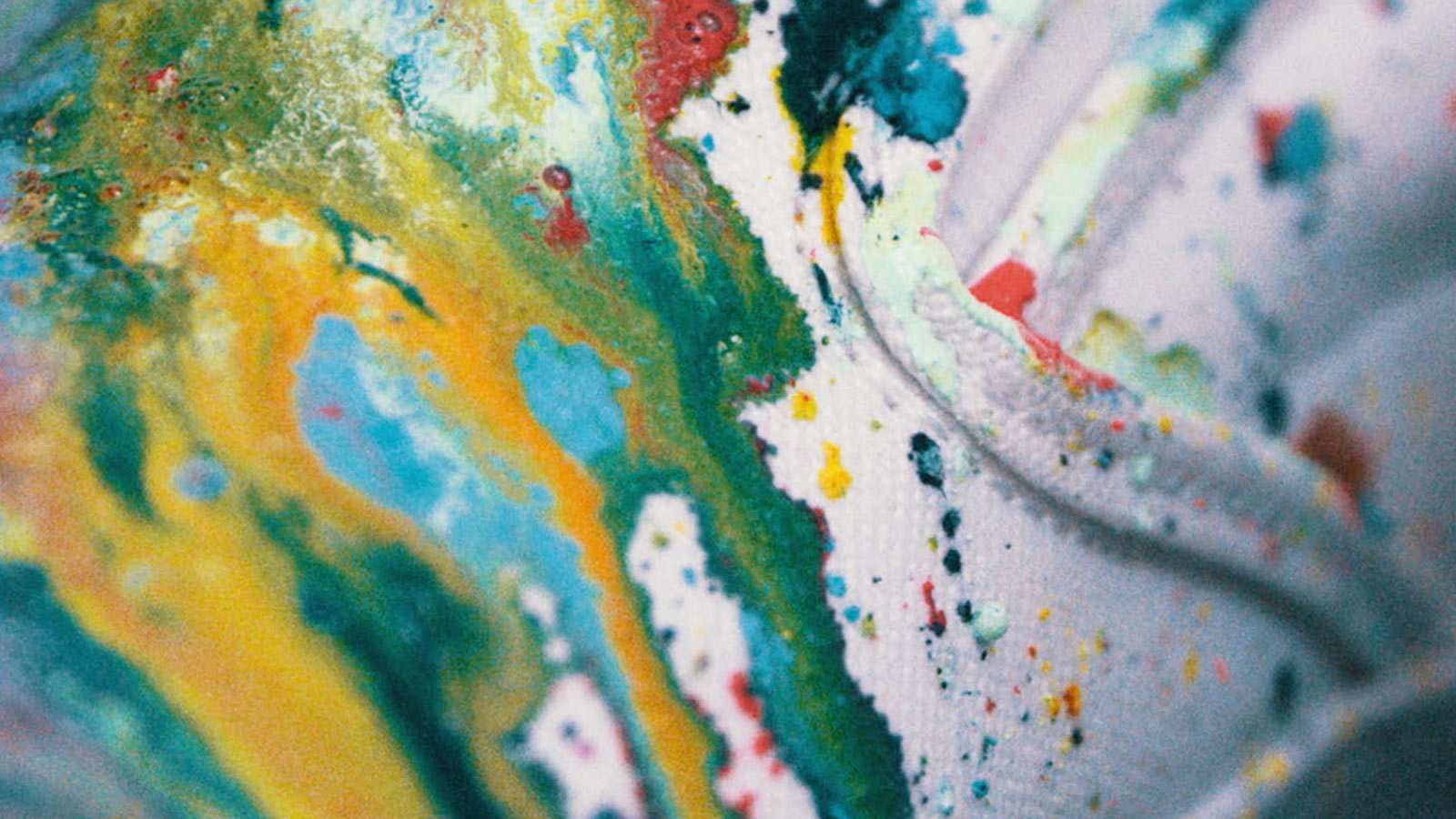 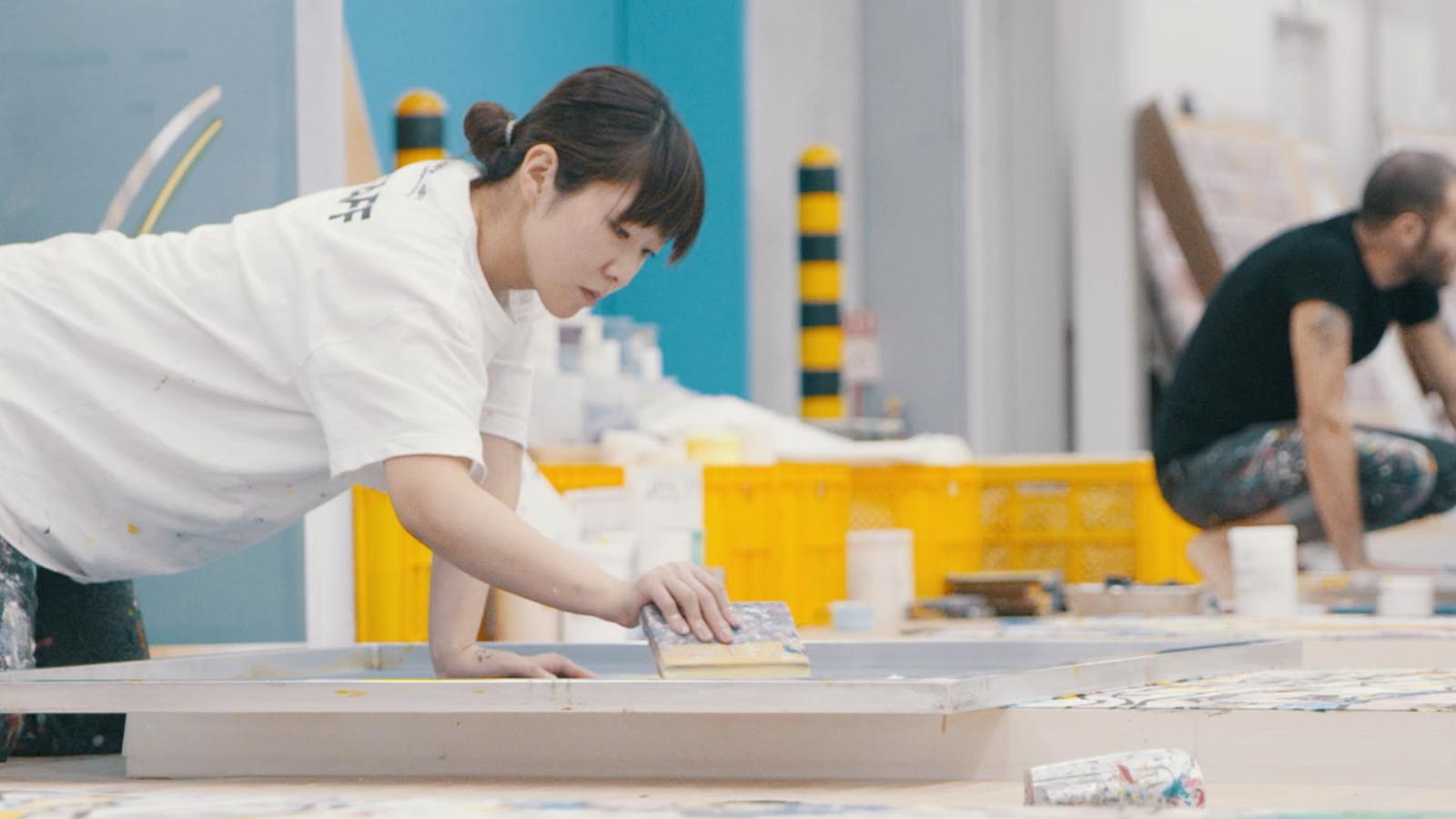