We were responsible for the branding of Yamaha’s newest electronic drum kit, the DTX402 Series. We designed a concept which would differentiate the kit from the flagship model already in store, and based on that concept, developed the tagline, web design, brand video, tutorial video, and creative guidelines. 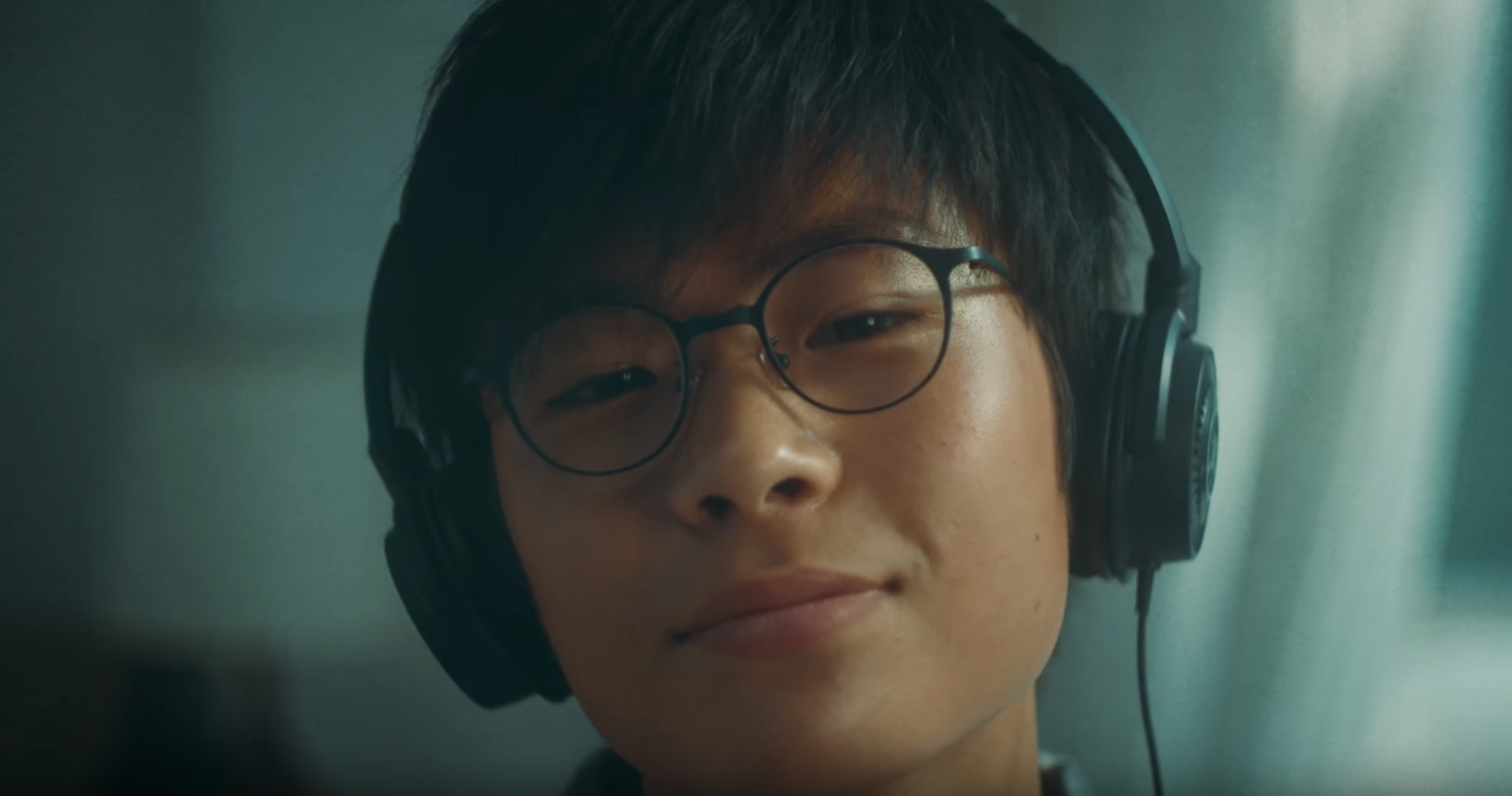 Because the DTX402 Series, which is made for beginner drummers, was targeted at young teenagers, we focused our branding on the emotional appeal which could draw in inexperienced players. While most advertisements for musical instruments would focus on the special functions of the product, and rely on popular artists to fill in the emotional appeal of wanting to play, we took a different approach. Instead of relying on popular artists, we wanted to send the message, “We value this impulse to want to start”, and aimed to help inexperienced drummers take their desire to want to start and take action. 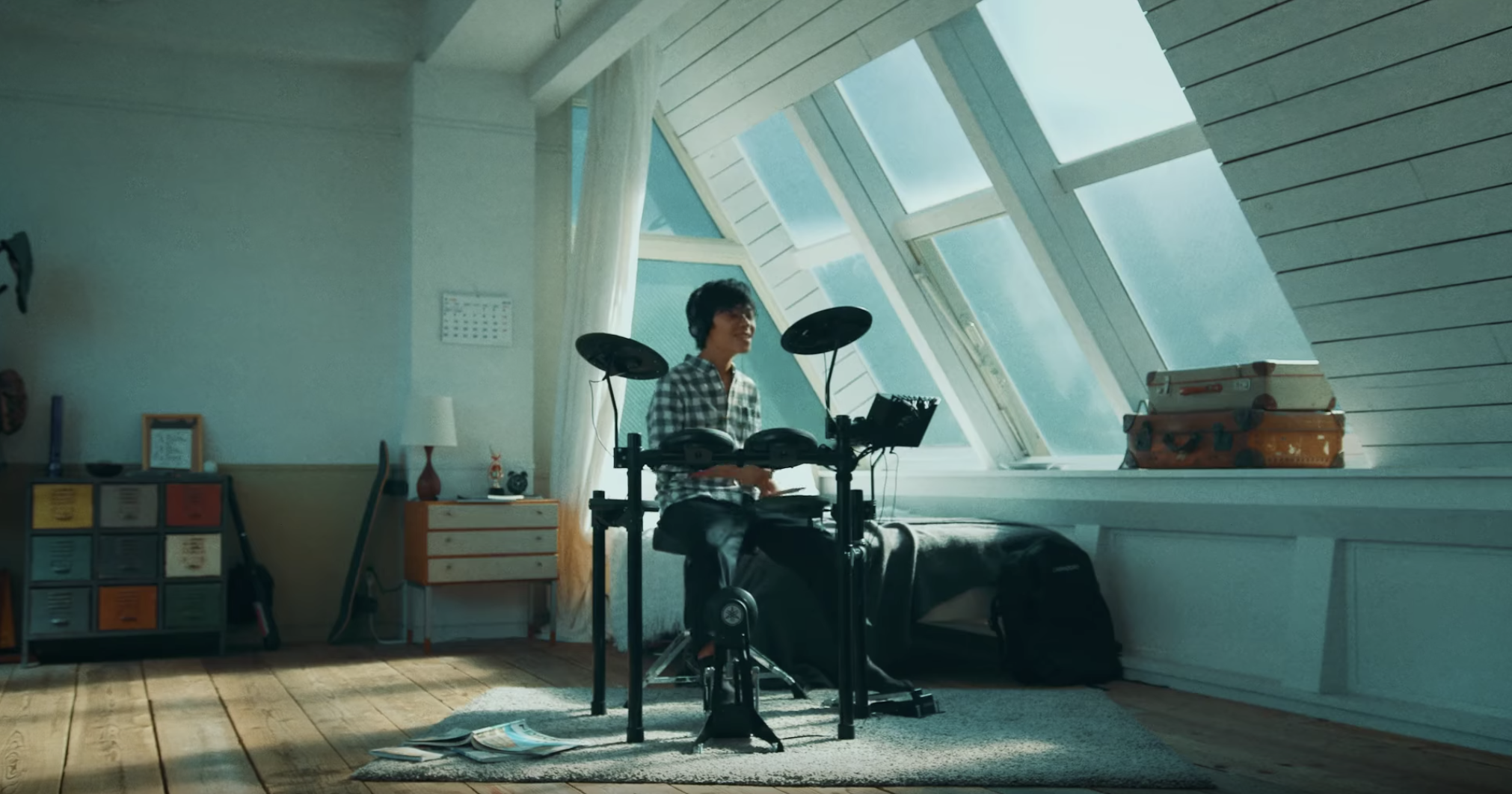 Picturing the desire to become a musician

To focus on this concept in our brand movie, we expressed this admiration and initial desire to become a drummer, and concluded with the message that with the DTX402 Series, these ambitions could be fulfilled. We worked to convey the message that “the desire to want to be a musician” can only be embodied by the person themselves. 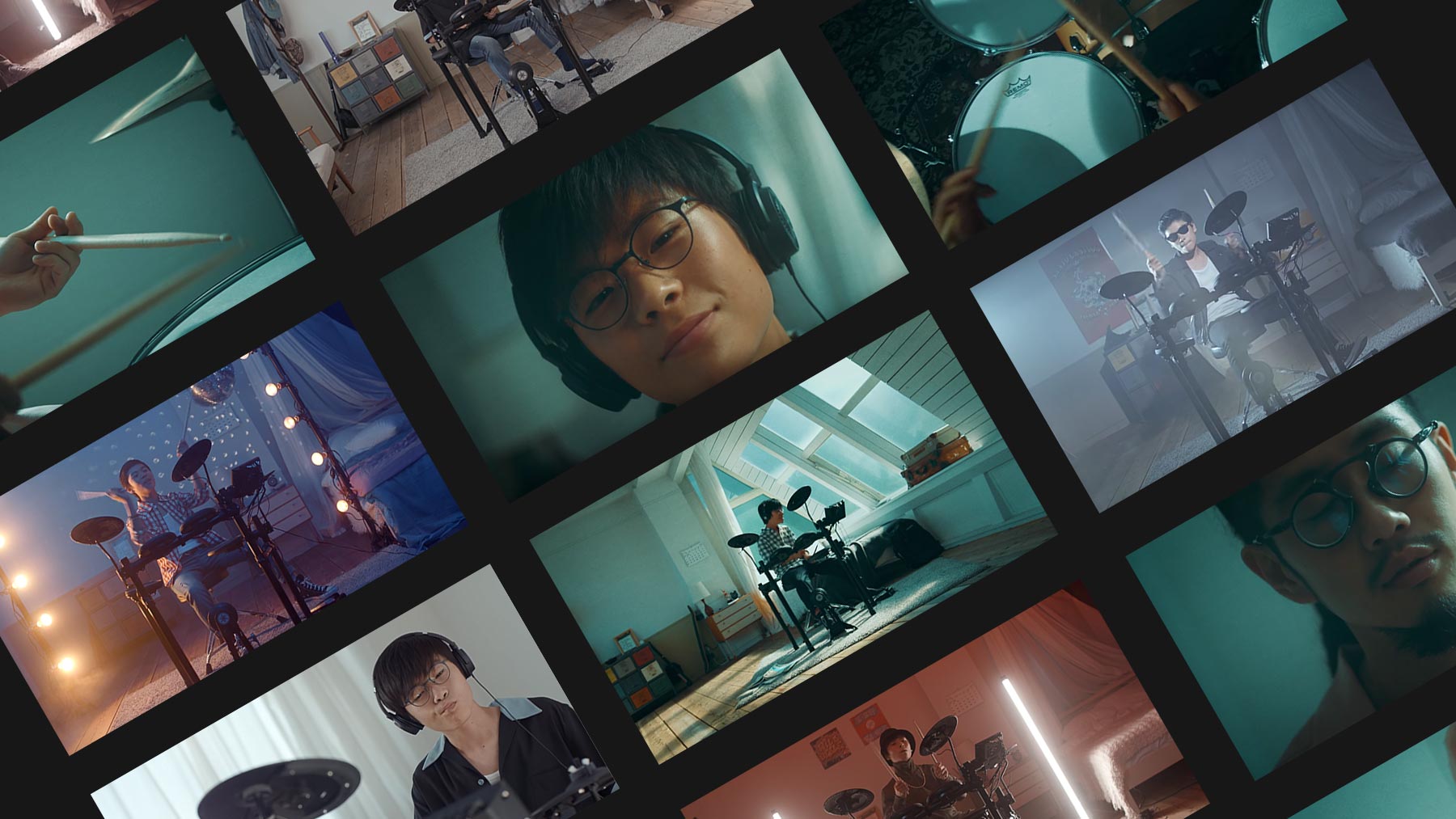 For those who want to know more about the specific features

The tutorial movie is for those who were drawn in by the brand movie, and wanted to know more about the specific features of the product. To prevent it from becoming another mundane explanatory video, we worked with the costume and styling, so that the aesthetic would continue to draw in the user, and express how one could improve playing while also enjoying the process. 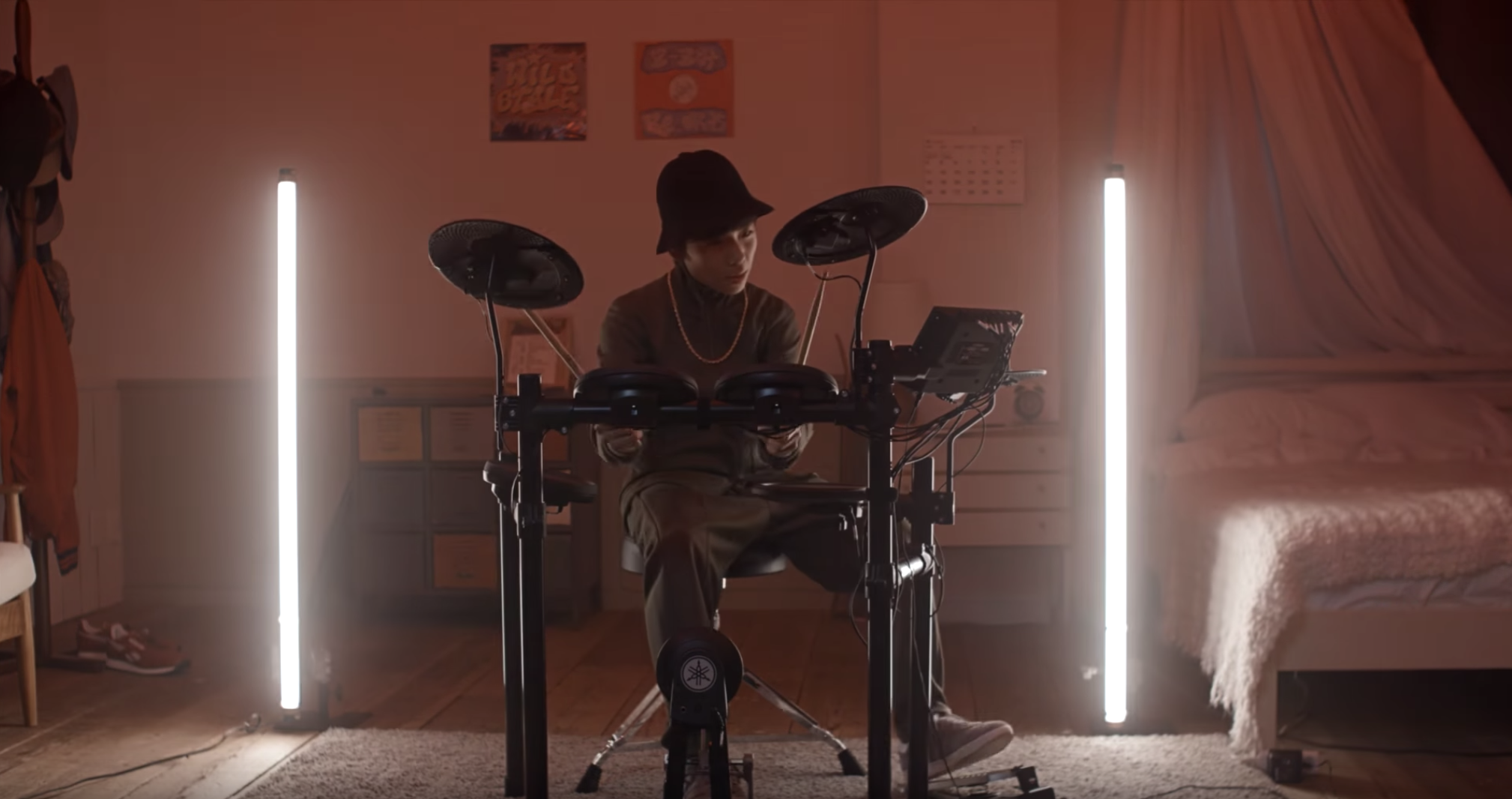 To make it easy for inexperienced musicians to understand as well, we divided the video by steps, and inserted narration in key points. The casting was the same for the brand movie as well as the tutorial movie, to create a uniformity between the videos which would help distinguish the product from other lines. This would also help the product feel personalized to the user, and immerse them into the video series. 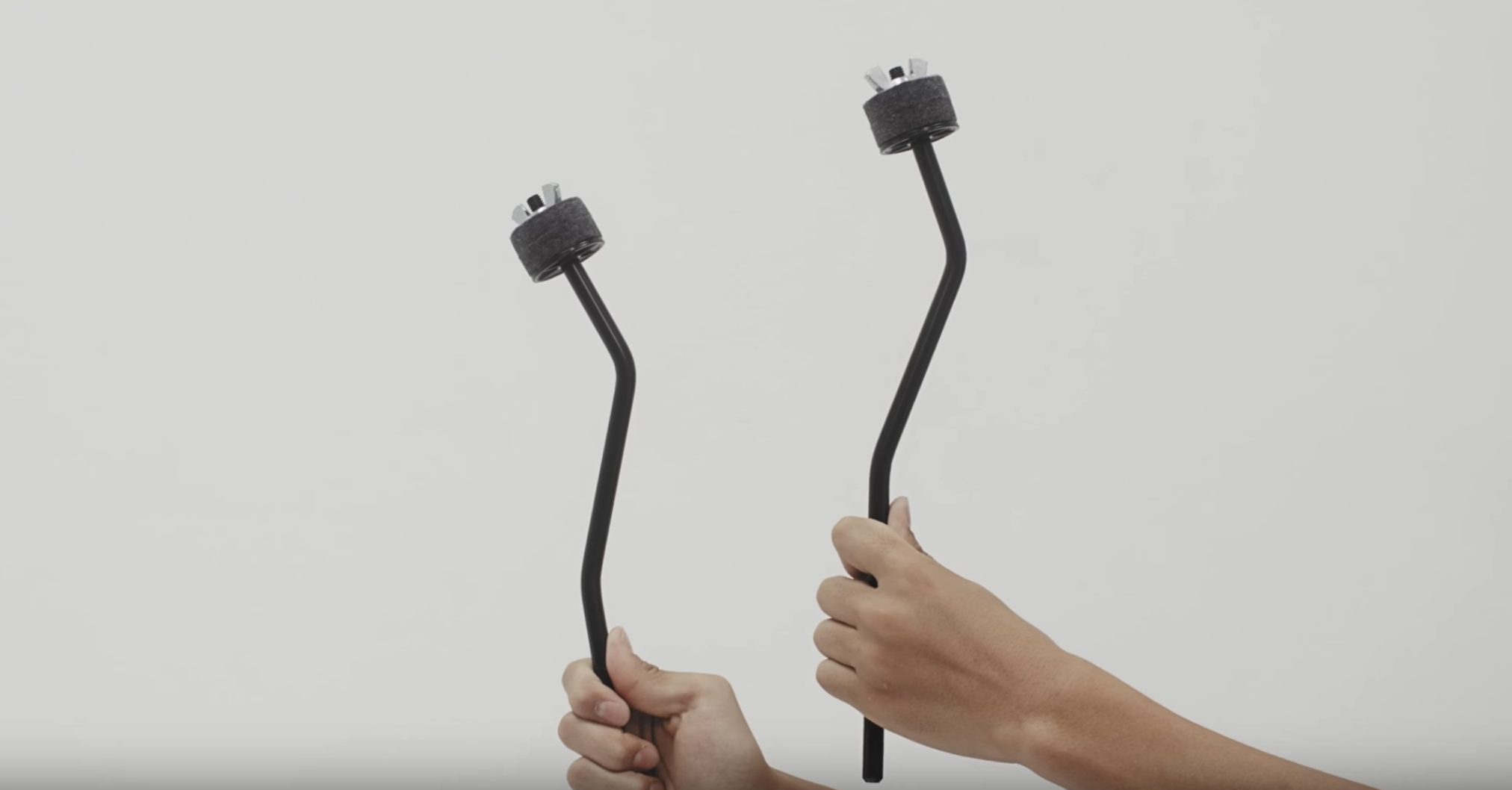