Yonex entrusted monopo with the global launch of their latest range of distance golf products, the new EZONE GT. The result is an integrated campaign across a range of channels covering film, print, event booth design, social media, digital display and a microsite. All assets were produced in English for global use and in Japanese for domestic campaigns. The project was a great example of cross-continental collaboration, with monopo London and monopo Tokyo working together closely to produce the campaign. 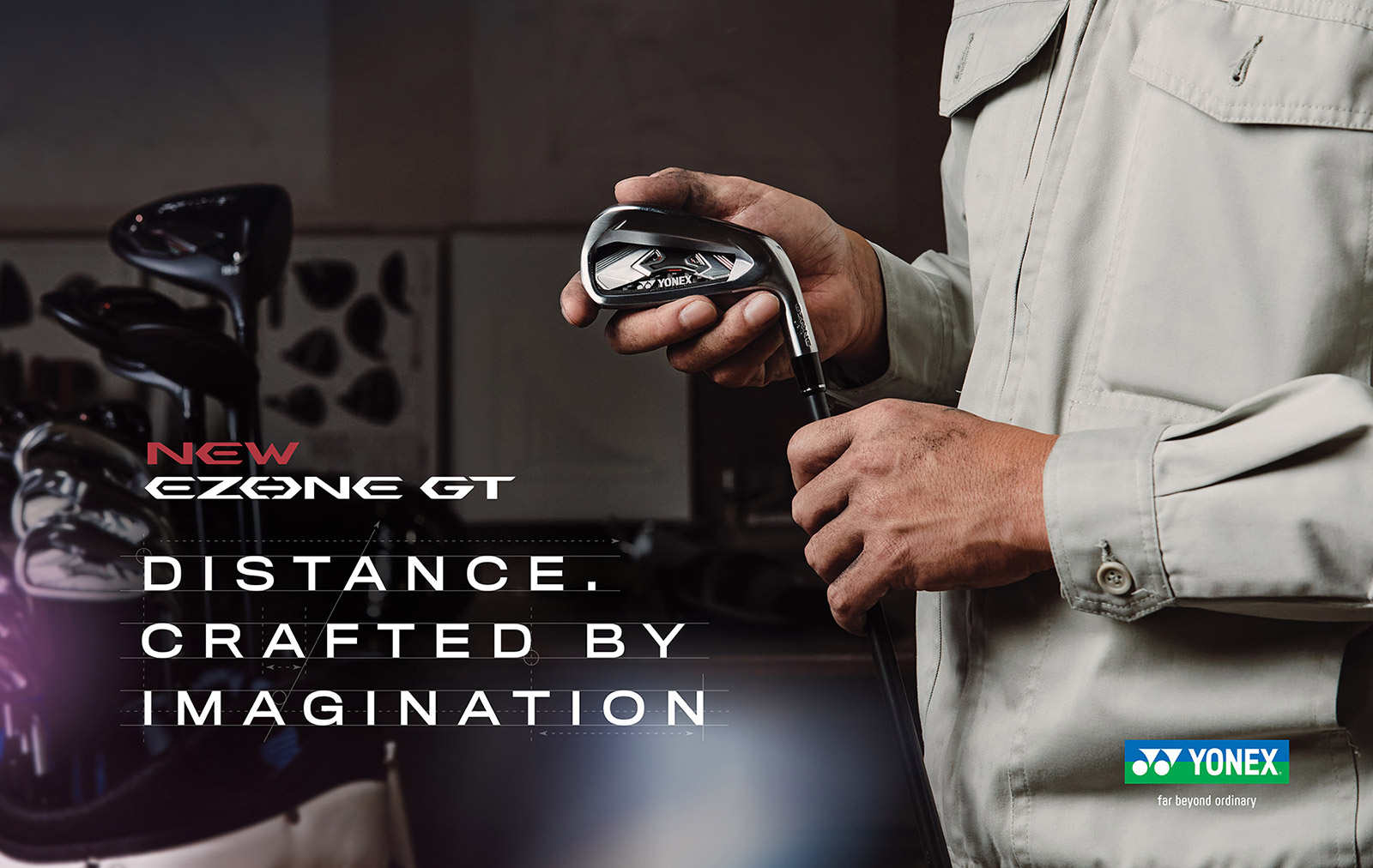 Innovation in the world of golf is stagnating, with most R&D focusing on tiny tweaks suggested by algorithms and Artificial Intelligence. Amid all these ones and zeros, Yonex was about to launch its most powerful range of distance clubs yet, conceived by human brains and crafted by human hands.

We set out to reveal the humanity that lies at the heart of Yonex Golf and forms the basis the new EZONE GT range. Pure human imagination, which led Yonex to pursue distance through the iron rather than just the driver. And pure human craft, with all products hand-finished at the Yonex factories in Niigata, Japan. 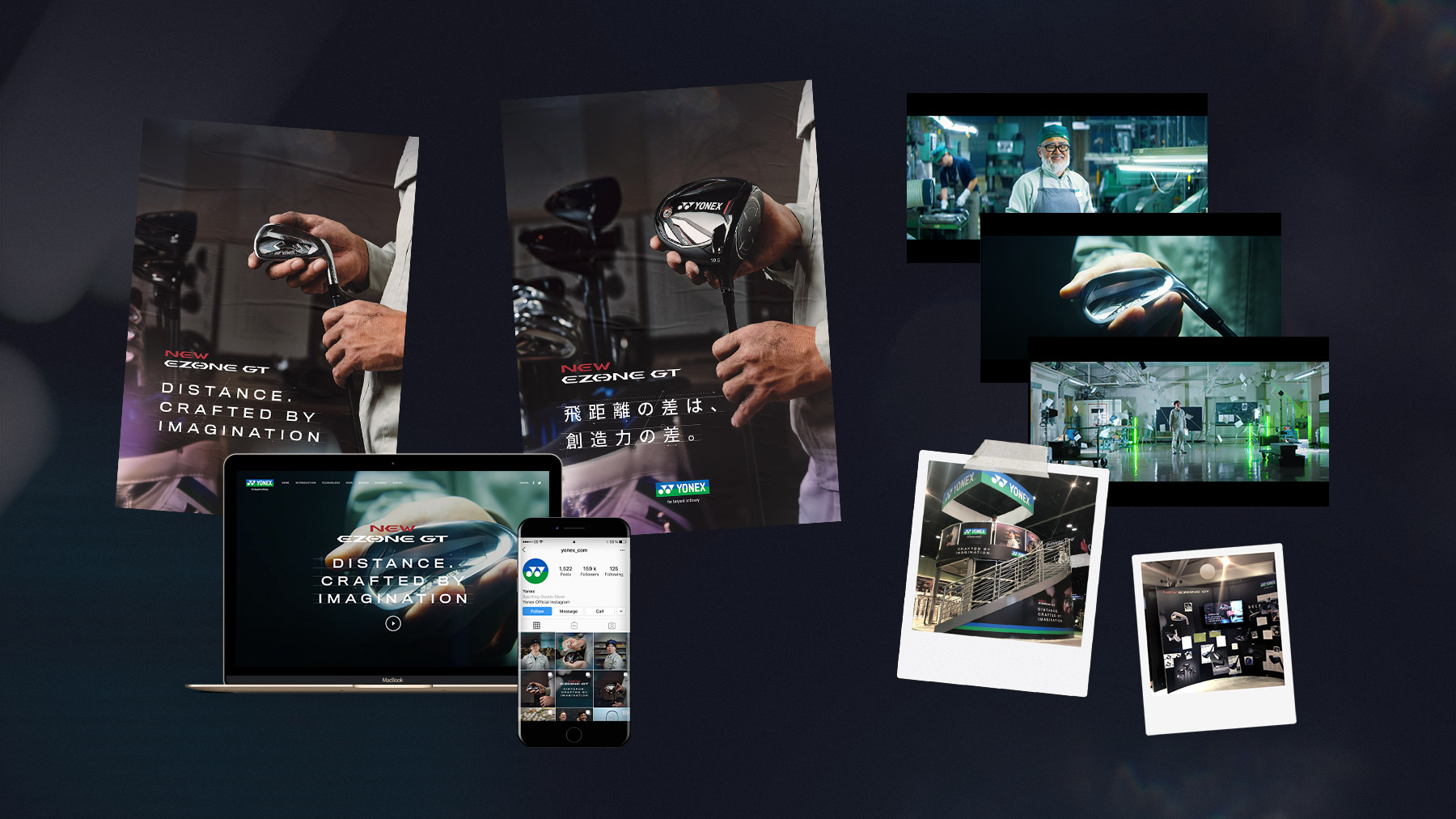 Own the unique intersection of imagination and craft

Our campaign had to bring two opposing forces together: imagination and craft. Thinking and making. Two very human forces that are often separated, but came together in the new EZONE GT range. In every aspect of the campaign, be it still photography, film, microsite design, set design or copywriting, we had to show what happens when these two forces meet. The result is a world of textures, soothing mist and flashing light, human hands and pristine products. 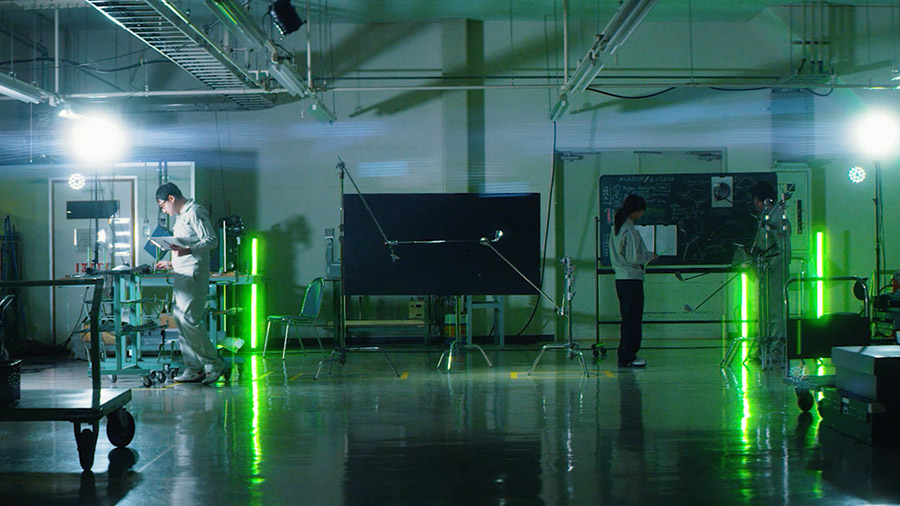 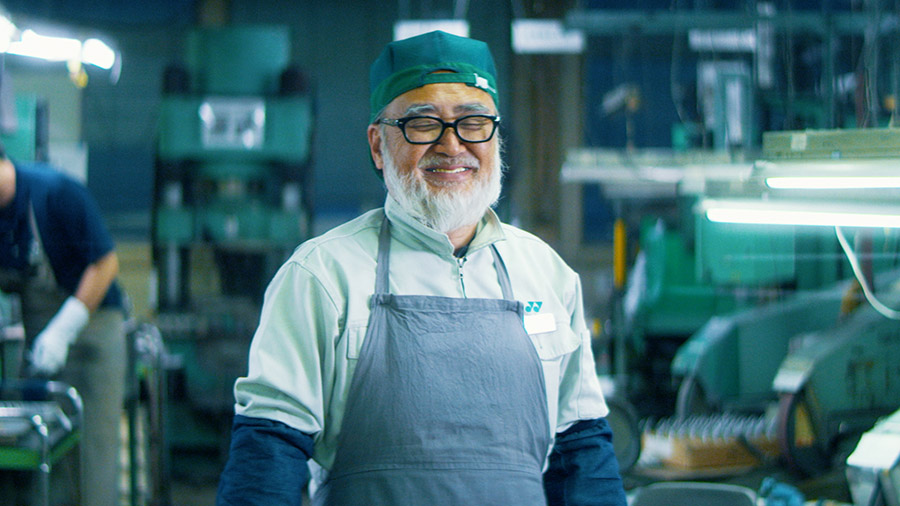 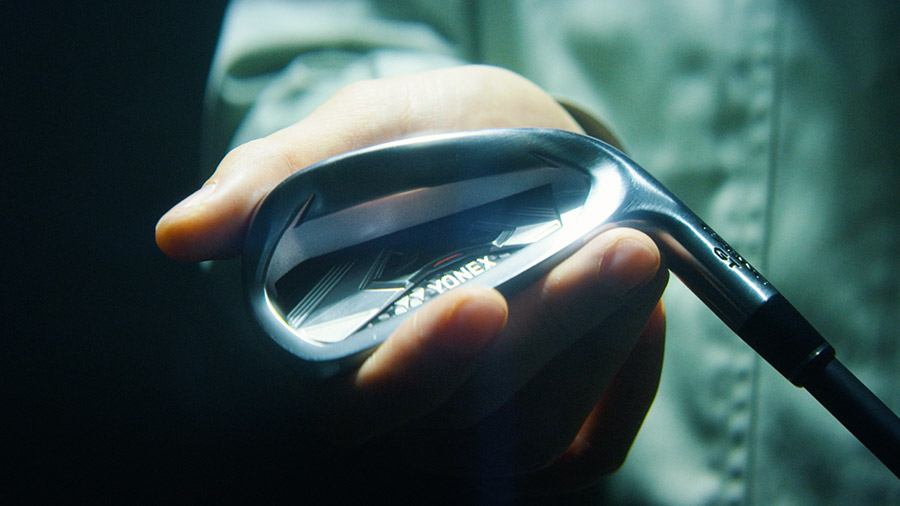 You wouldn’t get the EZONE GT range if you would just leave innovation to computers and algorithms. So we went out to the Yonex factories in Niigata to celebrate the humans that conceived and produced the products. The film shows the unique intersection of human imagination and craft. Everybody featured in the film is a real Yonex factory staff member.

We also prepared an extended cut of the film to highlight the specific product features that make this the furthest distance range yet. 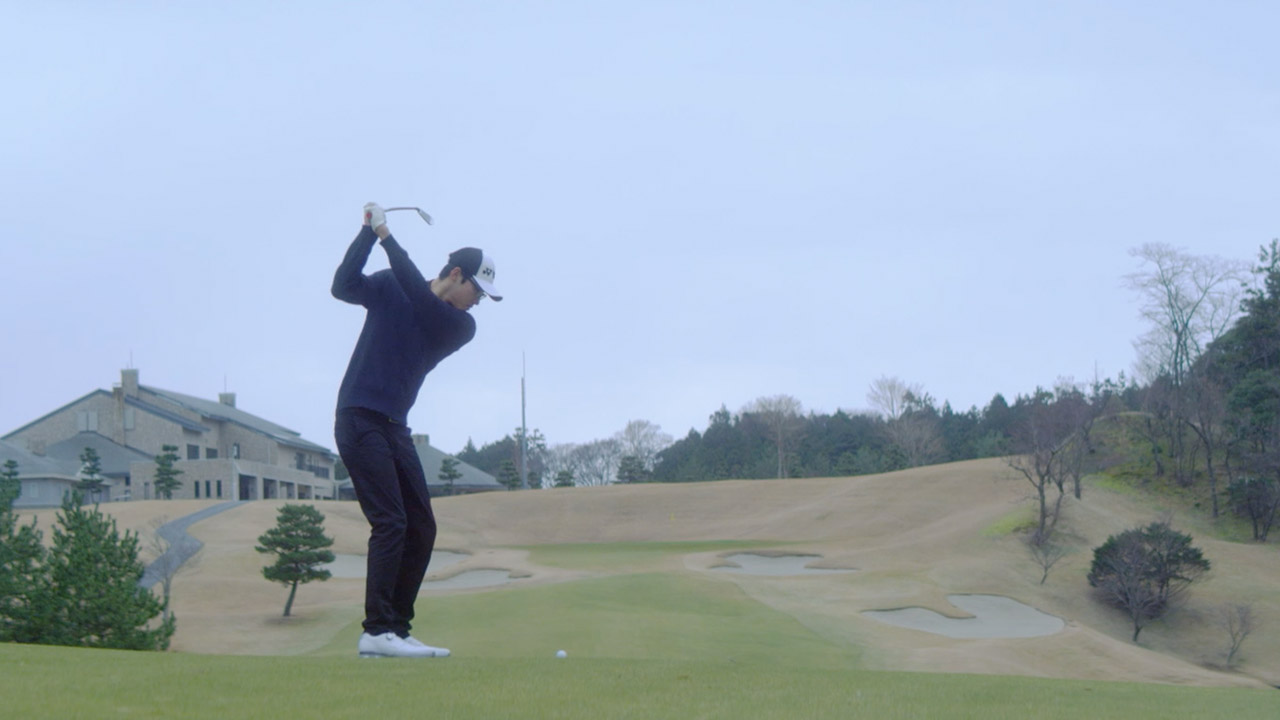 The key visual was supported by further still image portraits of the Yonex factory staff that conceived and crafted the new EZONE GT range. 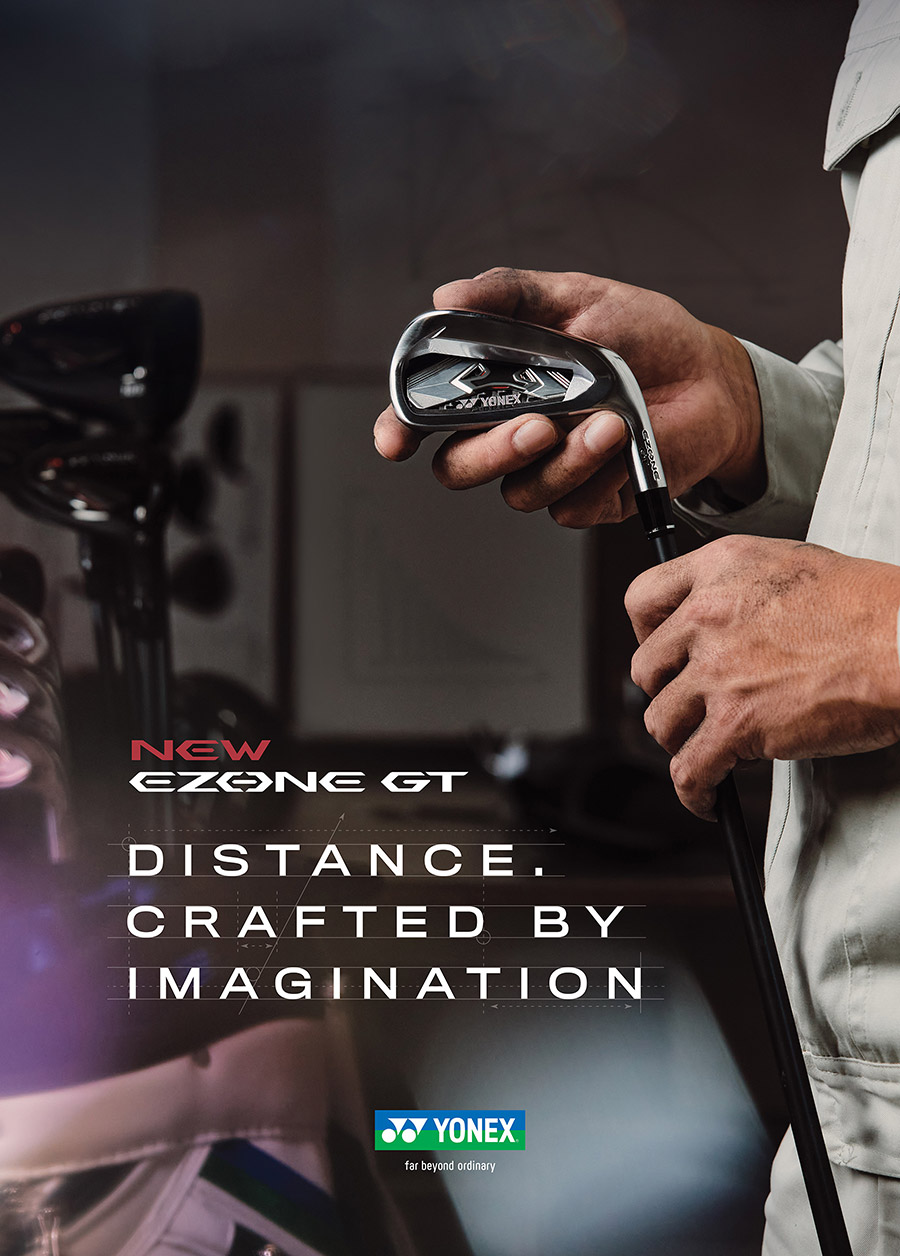 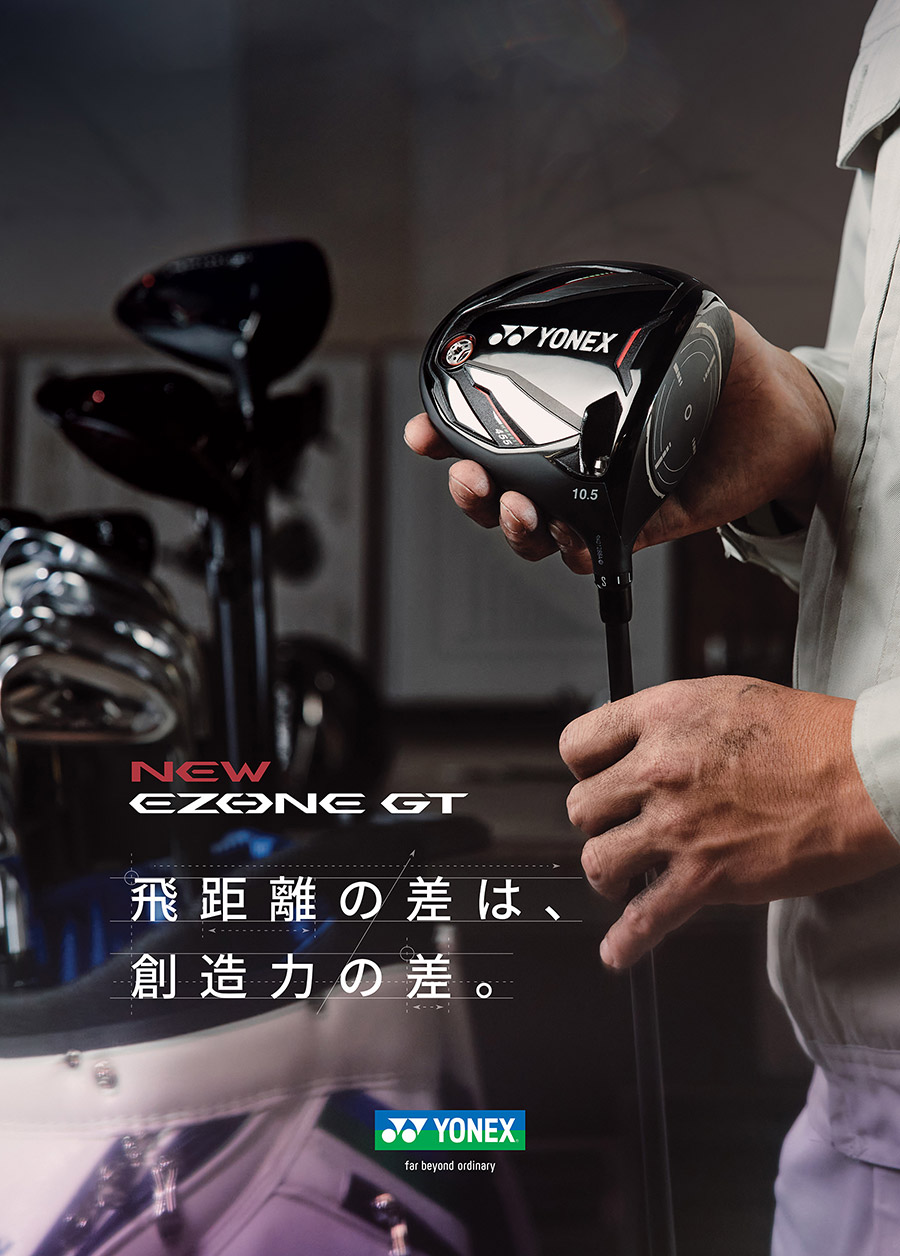 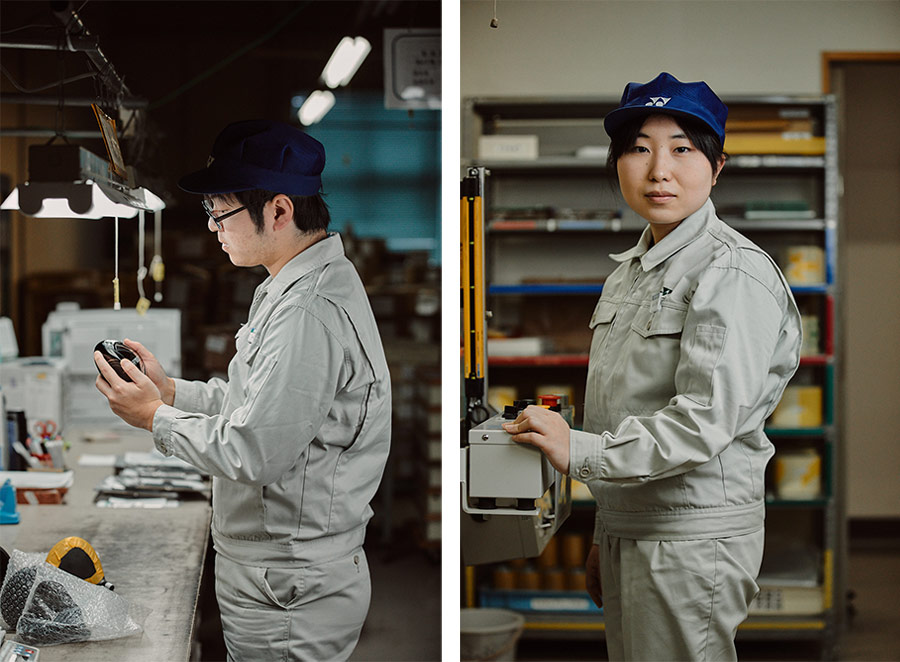 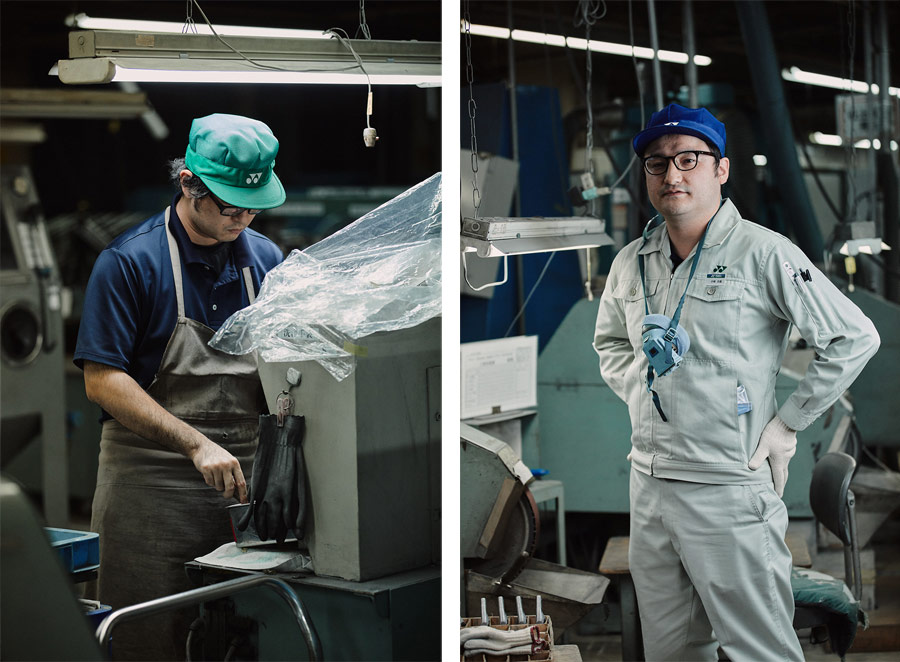 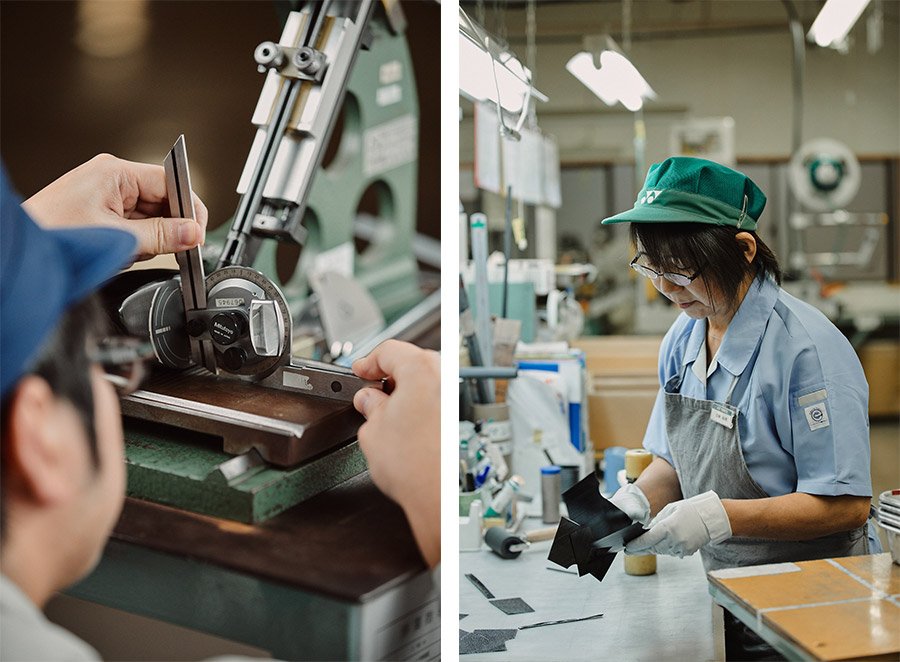 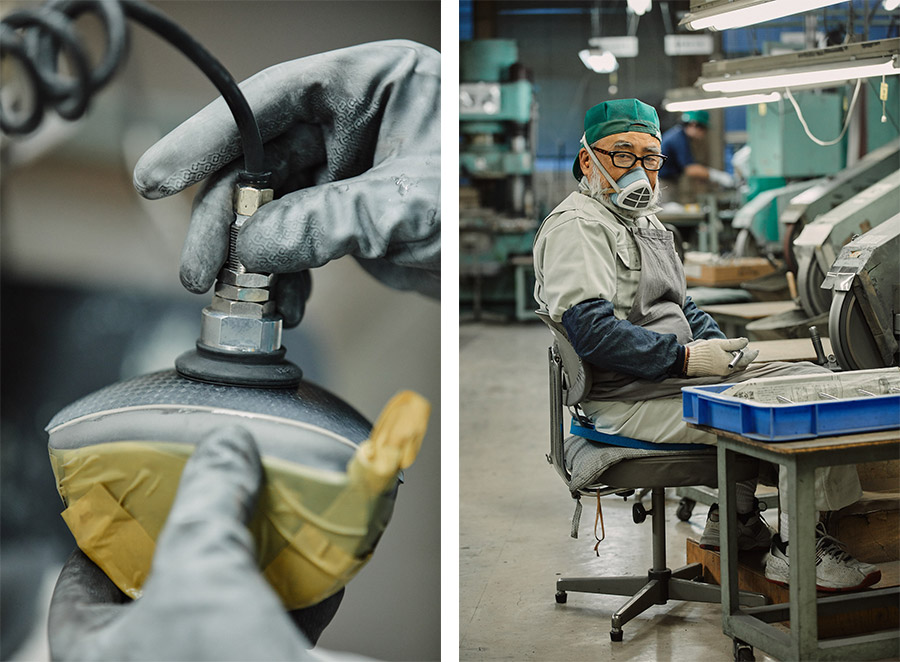 We also designed the Yonex booth for the PGA Merchandise show in Orlando, Florida. The booth was designed to attract visitors and gradually draw them further into the booth to discover more about the range as they went through the booth.

Diving into the story

For anybody intrigued to find out more about the range, we designed and developed a campaign microsite that goes deeper into the product features. The microsite makes most of the factory portraits we shot and gives people a peek behind the scenes of the innovation process through small notes and excerpts of the real R&D briefing.