Utada Hikaru has become a part of a global buzz after releasing her new single for the first time in 11 years, ”Face My Fears” in January 2019. As a part of celebrating the release as well as the global ranking of the single, a special website was created where monopo had a role of developing and being in charge of the technical direction. 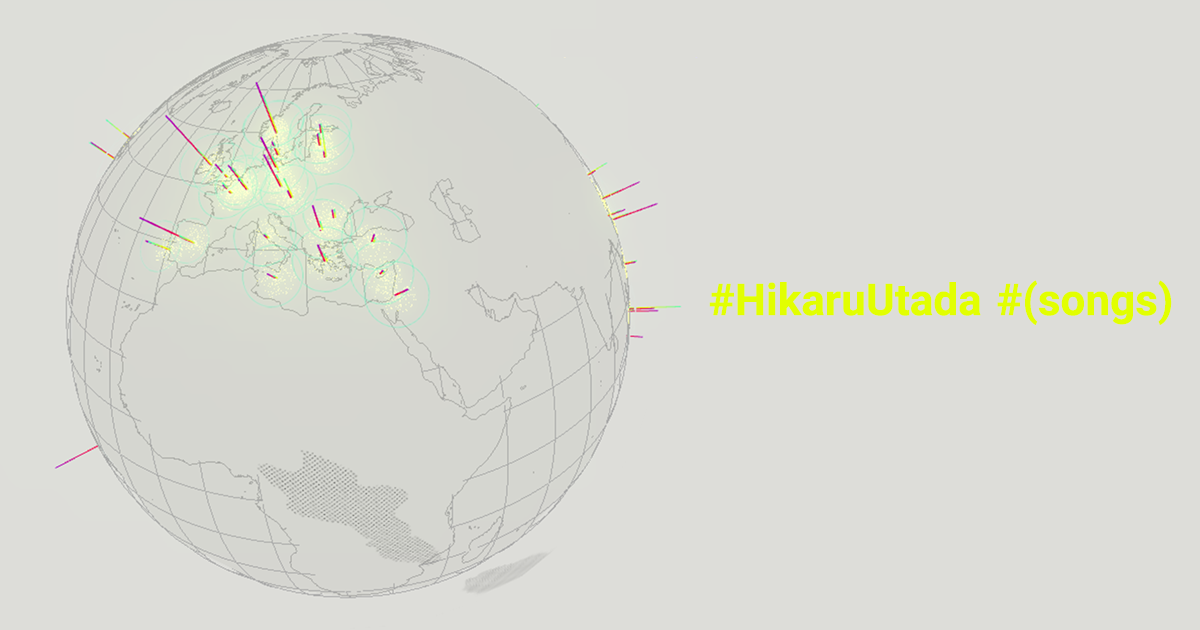 Visualizing the Buzz surrounding the song at a global scale

The website offers not only the recorded song of the new single, but also a visual representation of the hype within different countries surrounding the song ”Too Proud featuring XZT, Suboi, EK (L1 Remix)” released in November 2018. Numbers representing total views and streams on YouTube/ Spotify, the song’s rankings on Spotify/ Apple Music, and topics surrounding the song from all over the globe including volumes of Instagram and Twitter posts were taken into account and presented visually on the website. 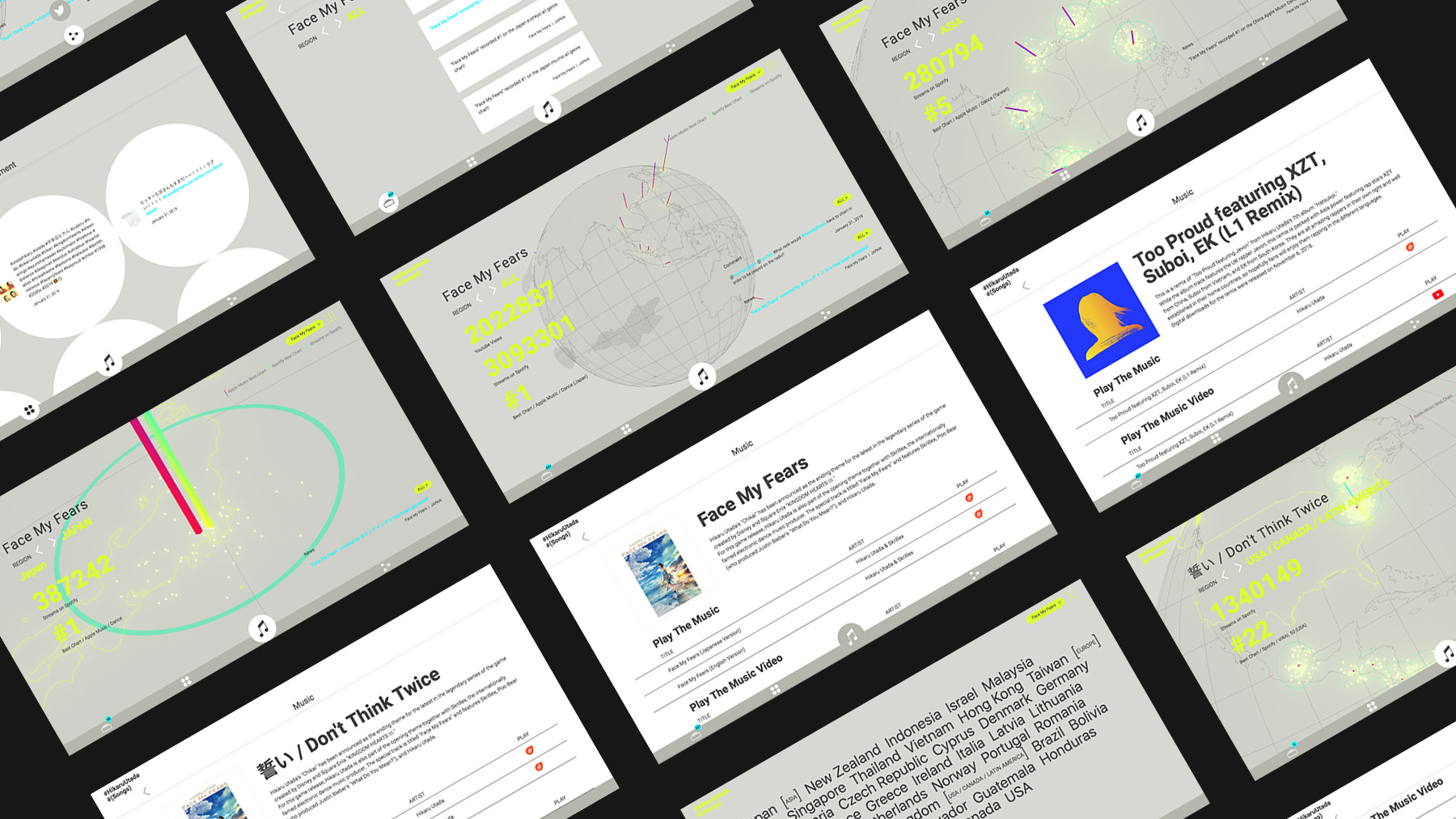 Pursuing a Satisfying Experience for the User

During the developmental process, we aimed to prevent the website from being heavy due to the visualization of global trends and buzz surrounding the song. We put effort in creating the touch sensation of the interface and animation in a way the user would want to continue interacting with the webpage. Especially the mapping on the globe which is a core part of the interaction is something we repeatedly prototyped and tested. Although the initial implementation plan was to develop by using
SVG + D3.js, conclusively we illustrated the continents on the map using three.js. The identification of different countries by mouseover was achieved through data in cooperation with TopoJSoN and ultimately outputting Spotify and Apple Music data retrieved from their API. 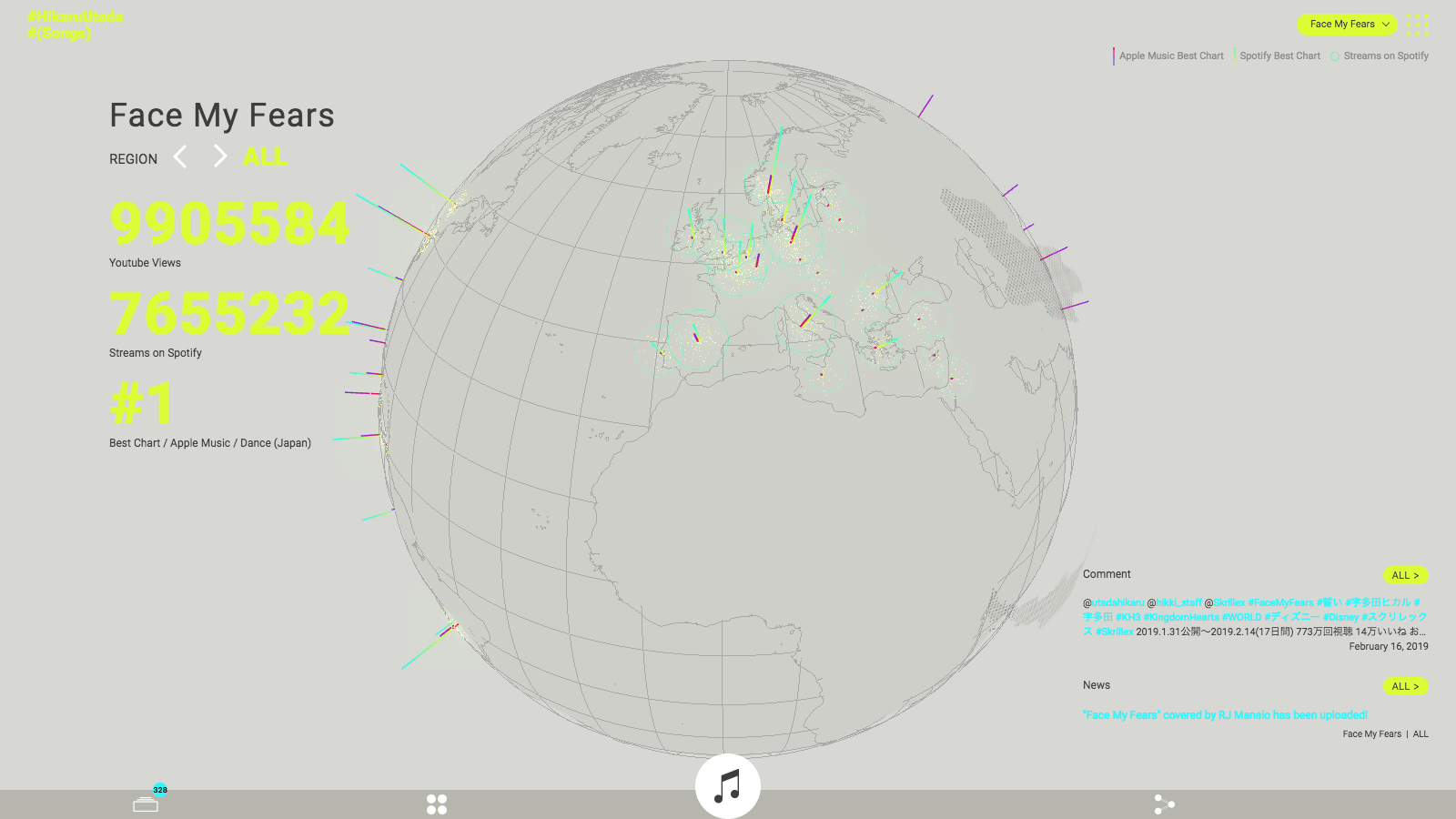 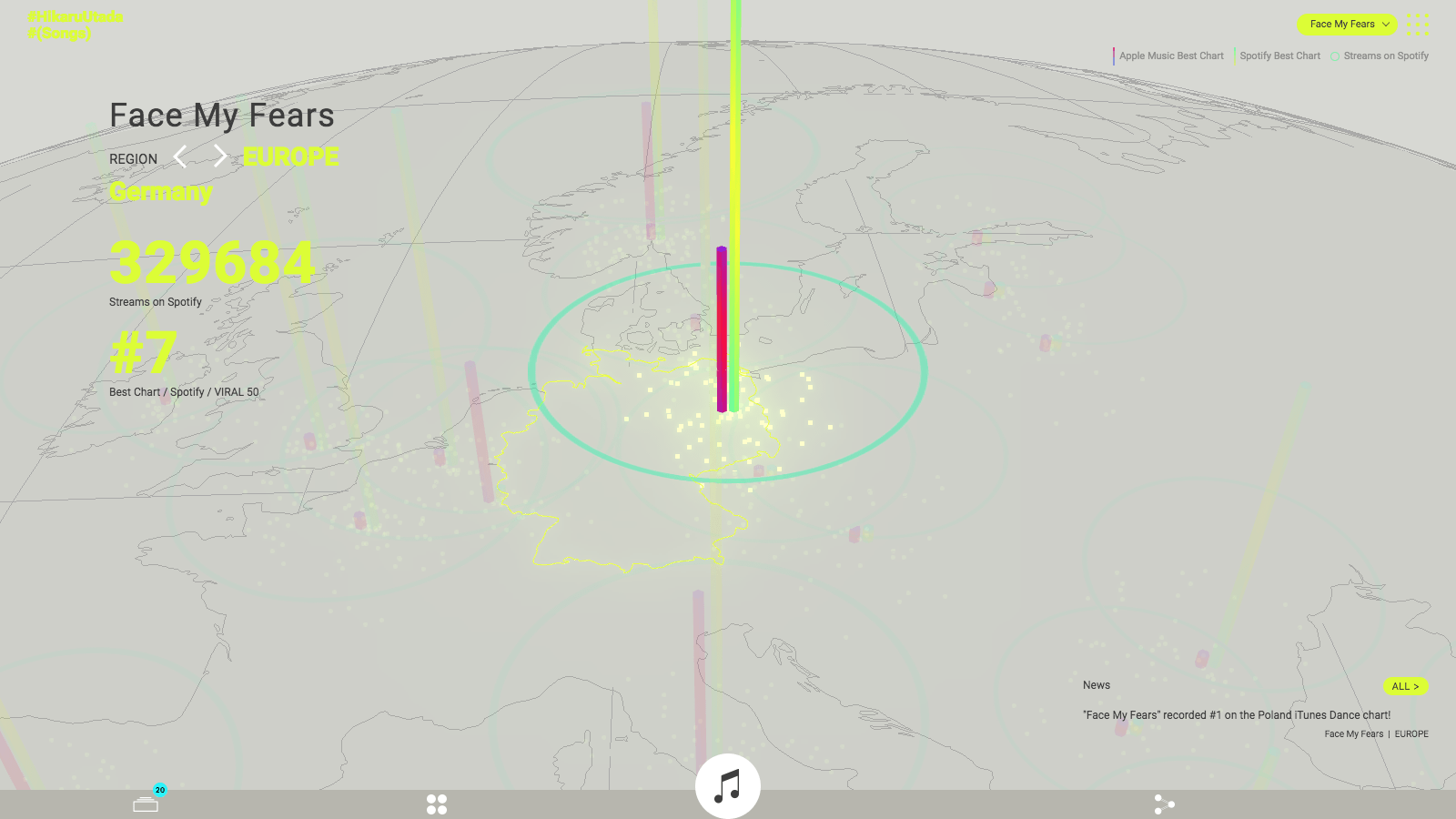 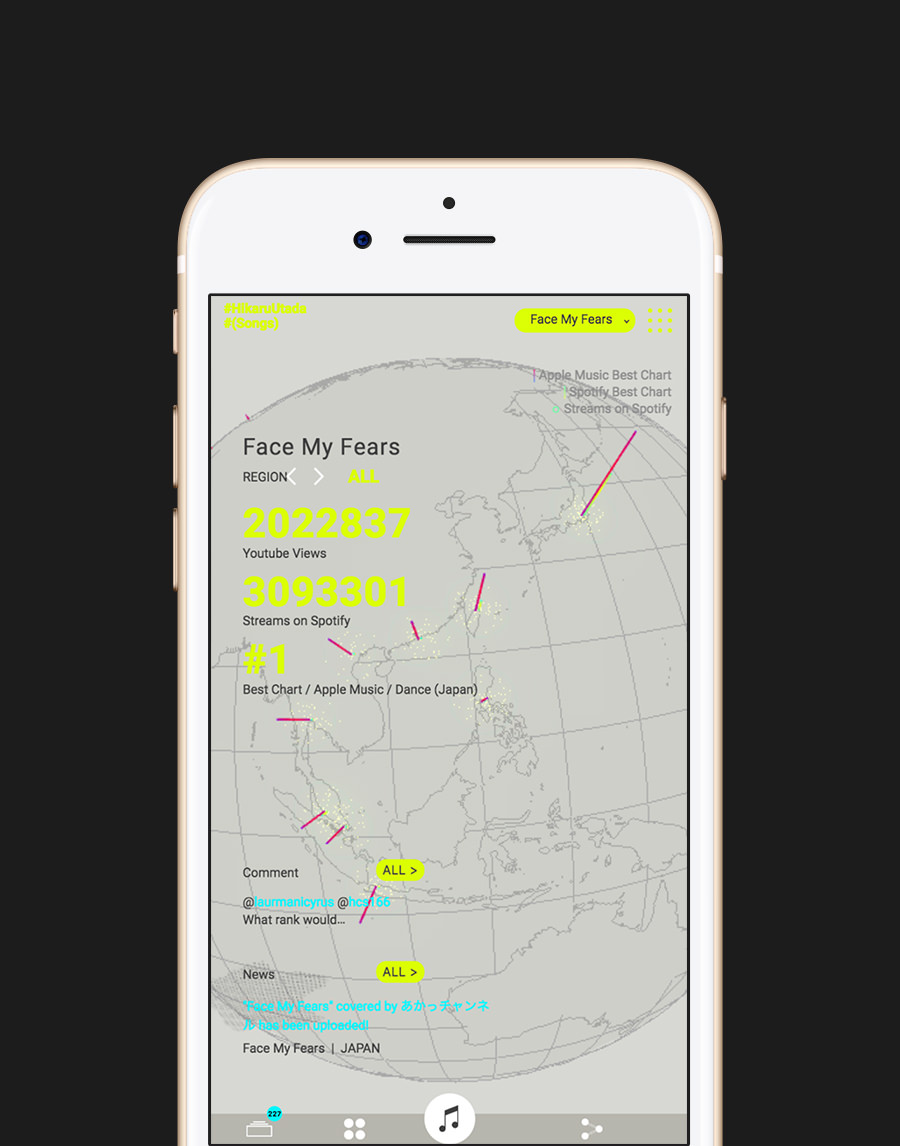 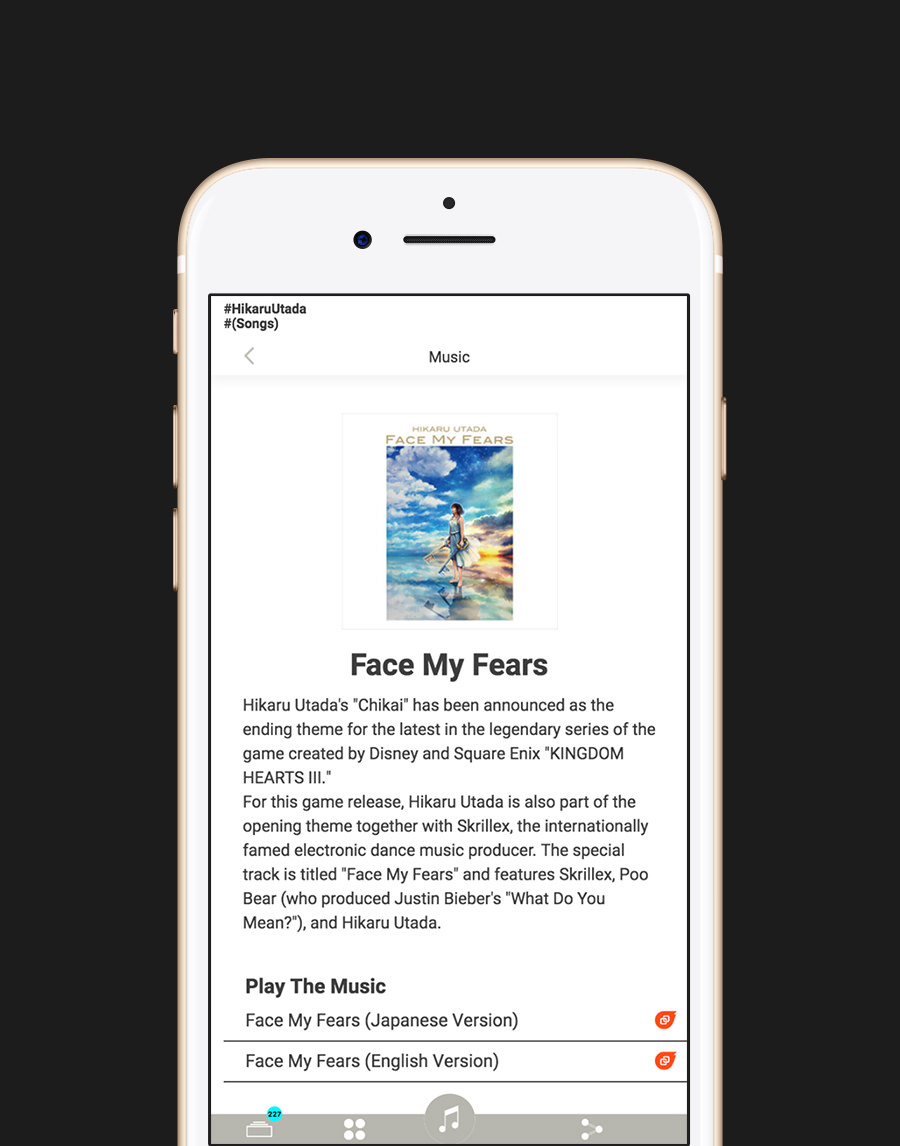