monopo New York handled the visual production (billboard advertising, poster designing and animation designing) for the 2021 holiday season of the Metropolitan Opera House (also known as The Met), which has been presenting the highest level of operas in the world since 1883.

After the COVID-19 pandemic, a long-awaited new season starts from Cinderella

The Metropolitan Opera House (henceforth The Met) in New York is one of the largest opera houses in the world. It has just been reopened in the fall of 2021 after the closure for one and a half years due to the COVID-19 pandemic. The new operas performed in each season range from 18th-century baroque ones and 19th-century bel canto ones to 20th-century minimalist ones. In the holiday season which began on December 17, Cinderella, a fairy tale which everyone can enjoy, will be performed in English. Mei Kanamoto, art director and illustrator of monopo New York, was responsible for the illustration. 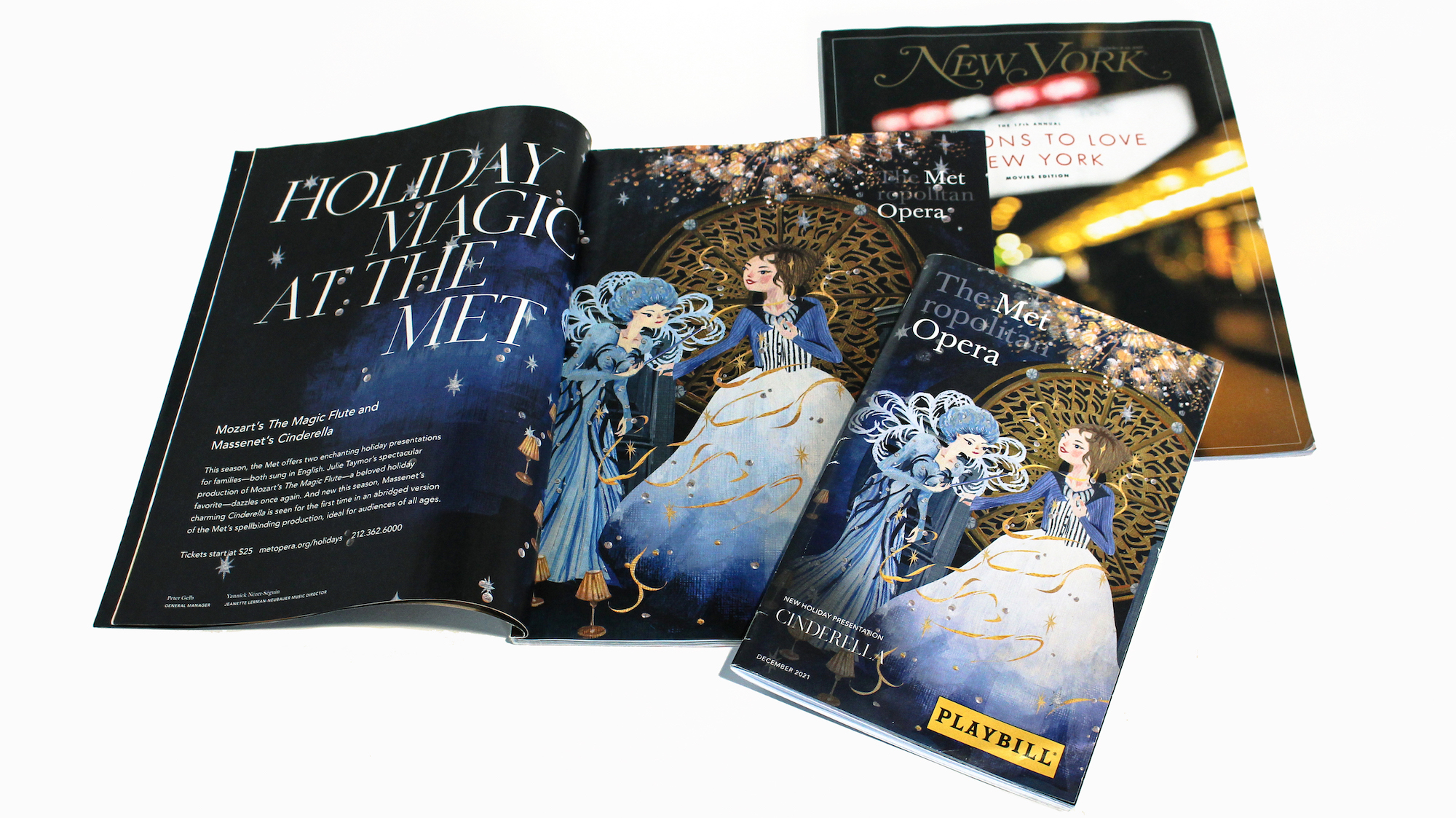 One of the highlights of The Met’s operas is the costume design. Characters were drawn with a dynamic, exaggerated and comic touch, in order to maintain a balance with their delicate and flamboyant costumes. Moreover, the promotional image depicts the moment when Cinderella was charmed. The blue which complements the minimal, elegant yet gorgeous dress is expressed with unique gradations. Stop motion animation was produced in cooperation with a local agency. It depicts New York as a glittering magical city, and its ending scene captures the moment when Cinderella’s costume changed. 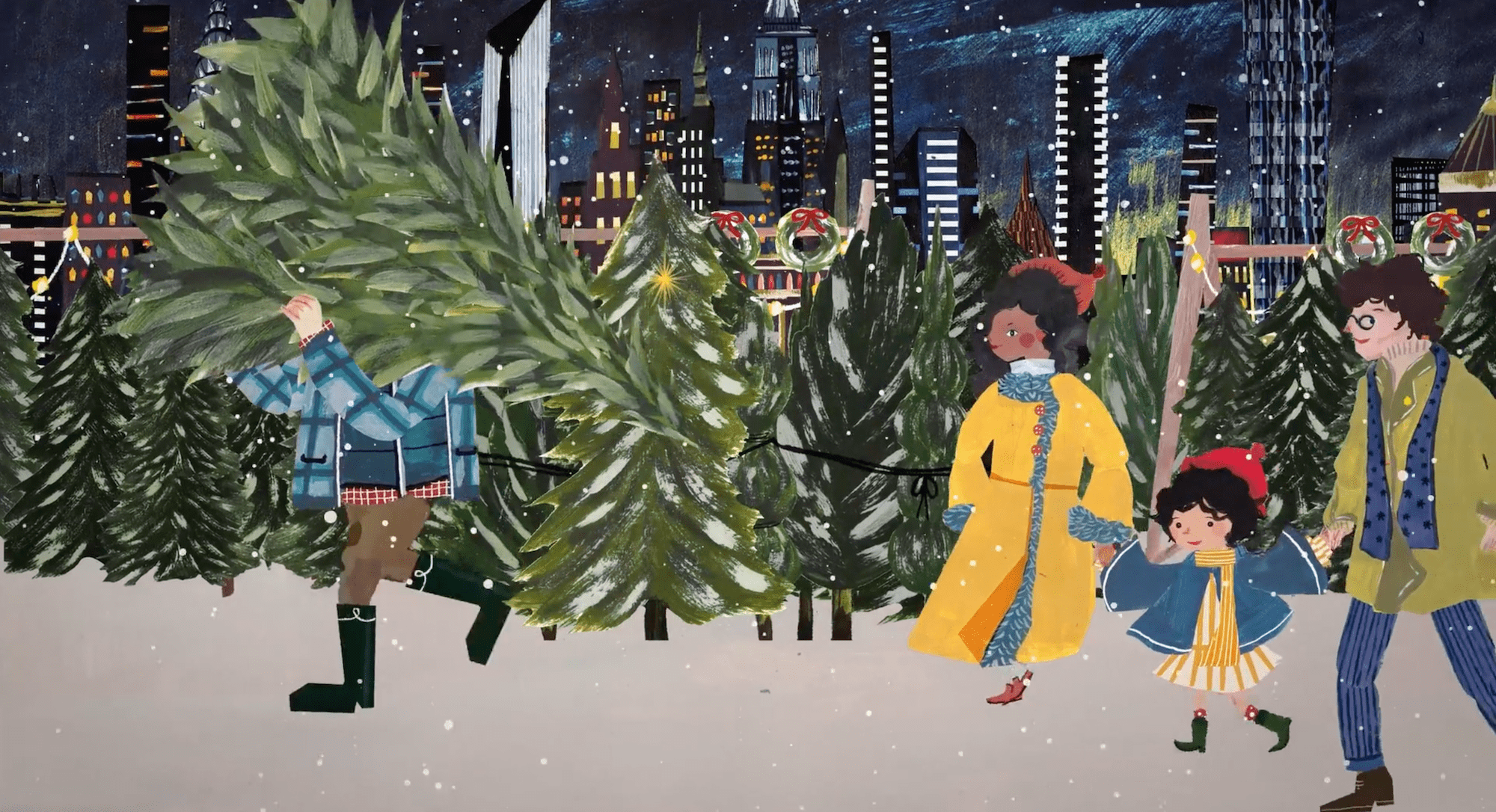