We collaborated with PEN Online on a four-part film series profiling modern contemporary craftsmen in Tokyo. 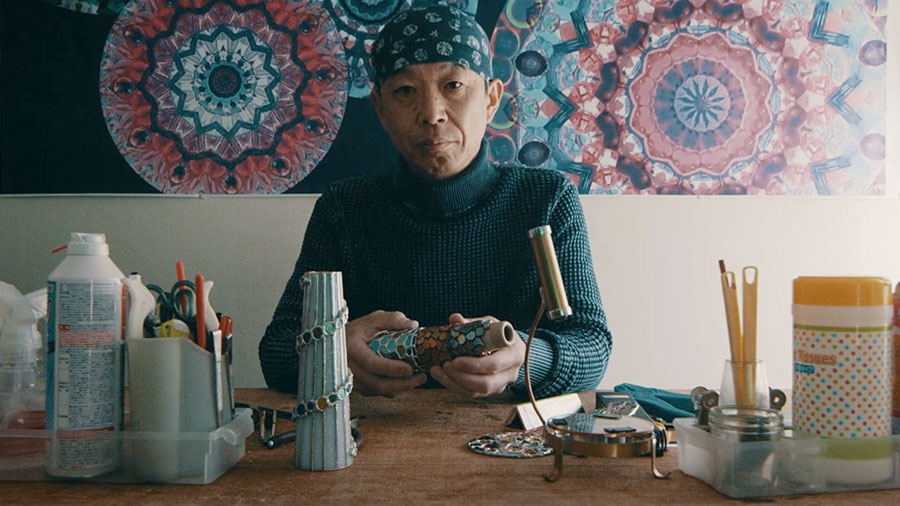 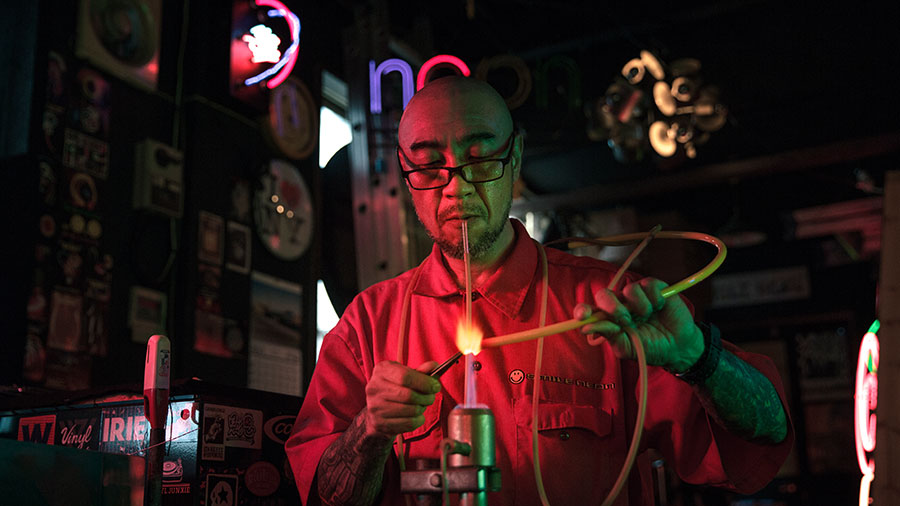 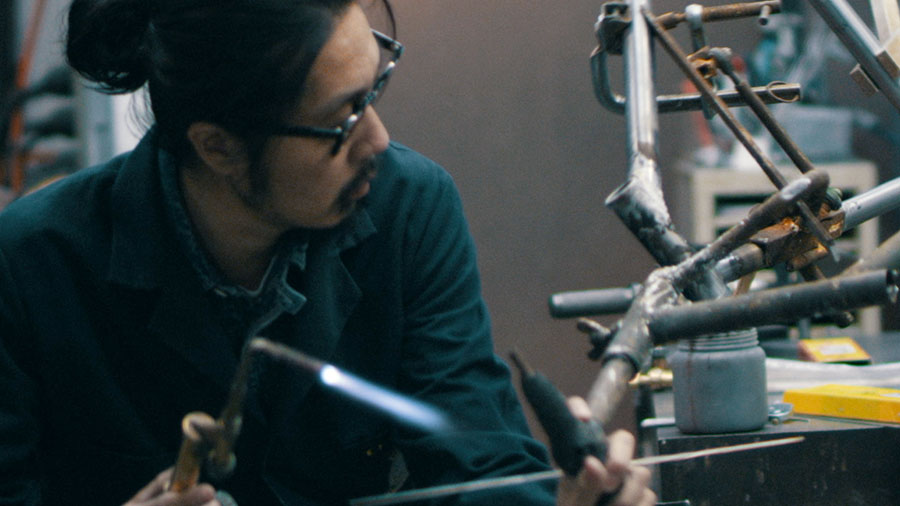 We collaborated with PEN Online on a four-part film series profiling modern contemporary craftsmen in Tokyo. As our respective brands cater to a different demographic and aesthetic, the challenge was tell compelling visual stories while maintaining each other’s unique style and aesthetic. We succeeded in communicating the raw passion and will that these individuals possess in a highly cinematic and impactful way.

In the first episode, we featured legendary bike frame builder Shinnichi Konno, of CHERUBIM. We captured not only the process and art of bespoke bike making, but also the psychology behind such dedication. 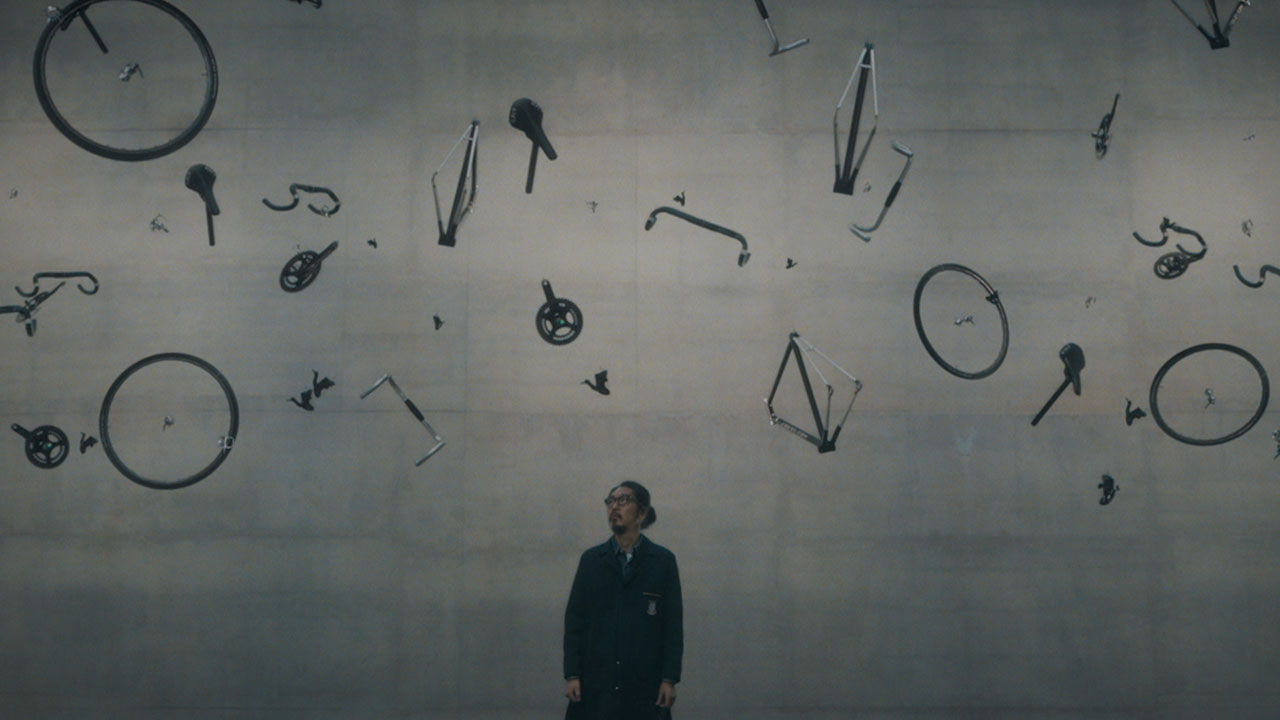 After a chance encounter with a kaleidoscope in Los Angeles while studying art, Koji Yamami went on to dedicate his life to perfecting the art form while becoming one of its most prominent ambassadors. With a strong cult following in the US, Yamami is renowned for his seamless marriage of traditional Japanese craft and modern kaleidoscope art. He gives us an intimate look inside the beauty of light and mirrors at his Daikanyama atelier. 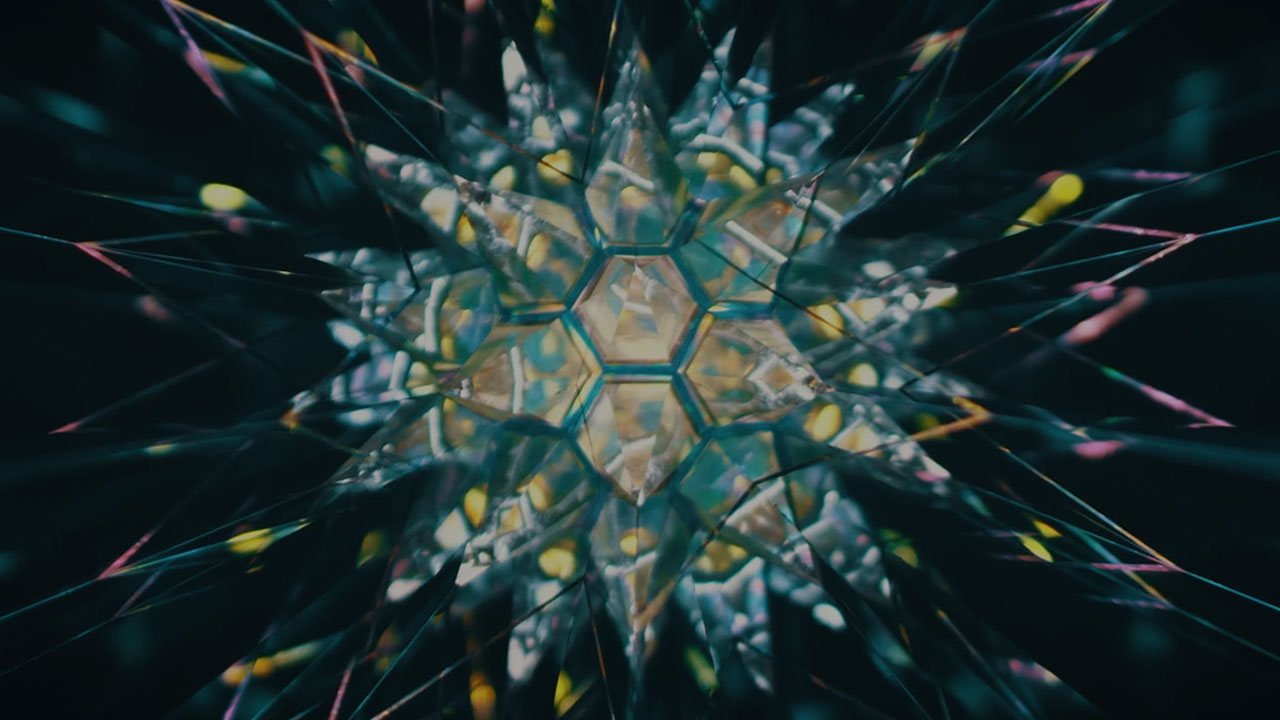 Hidenobu Takahashi's passion for neon goes back to his childhood as he would gaze in awe and wonder at the warm glow of the streets of Yokohama. His fascination for American culture and hip hop music are a heavy influence on his work; a fact made evident the second you step into his studio, where he has set up shop for the last 17 years. To Takahashi San, neon is more than just a job or a signboard; it's a culture and a lifestyle. 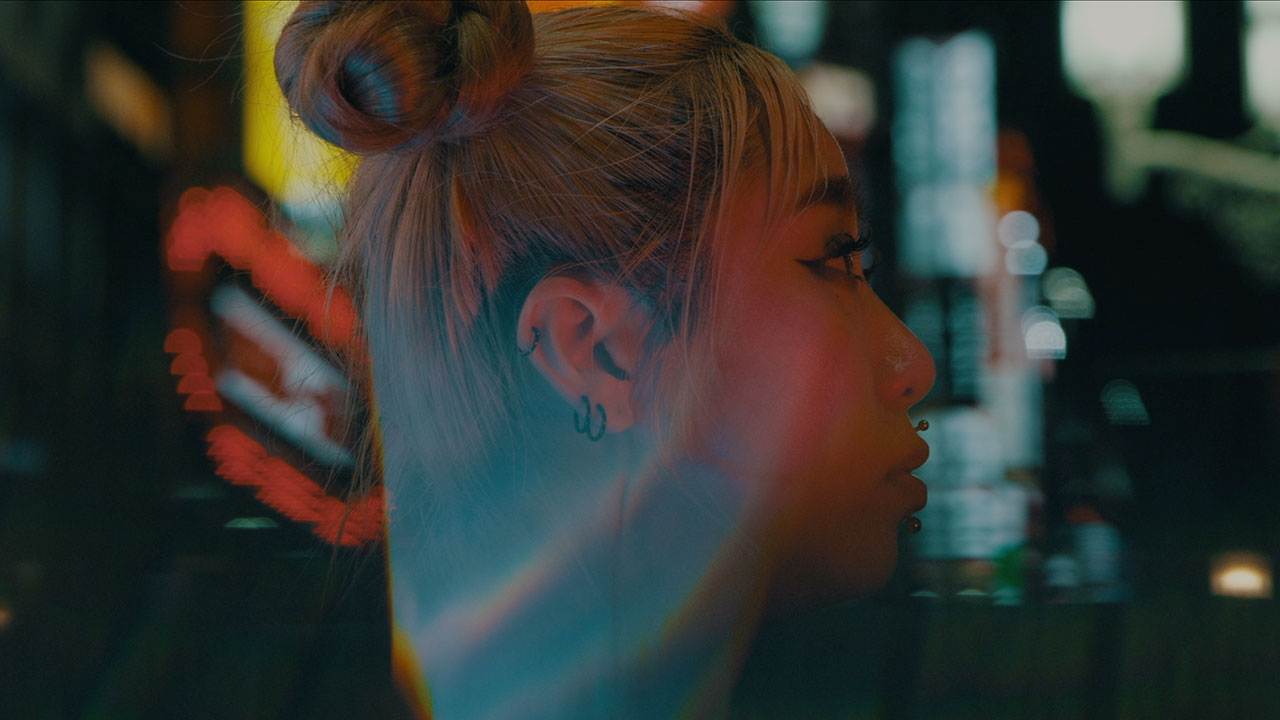 Indigo master Noriyuki Murata has been perfecting his craft for the better part of his life deep in the hills of a sleepy town 80 minutes northwest of Tokyo. A third generation dyer, where in Japan they are considered national treasures, Murata san’s stained blue hands show unwavering passion and dedication to a craft that many worry is danger of disappearing as demand exceeds supply. Murata san likens his relationship to indigo to that of a woman, unpredictable and a constant learning experience. 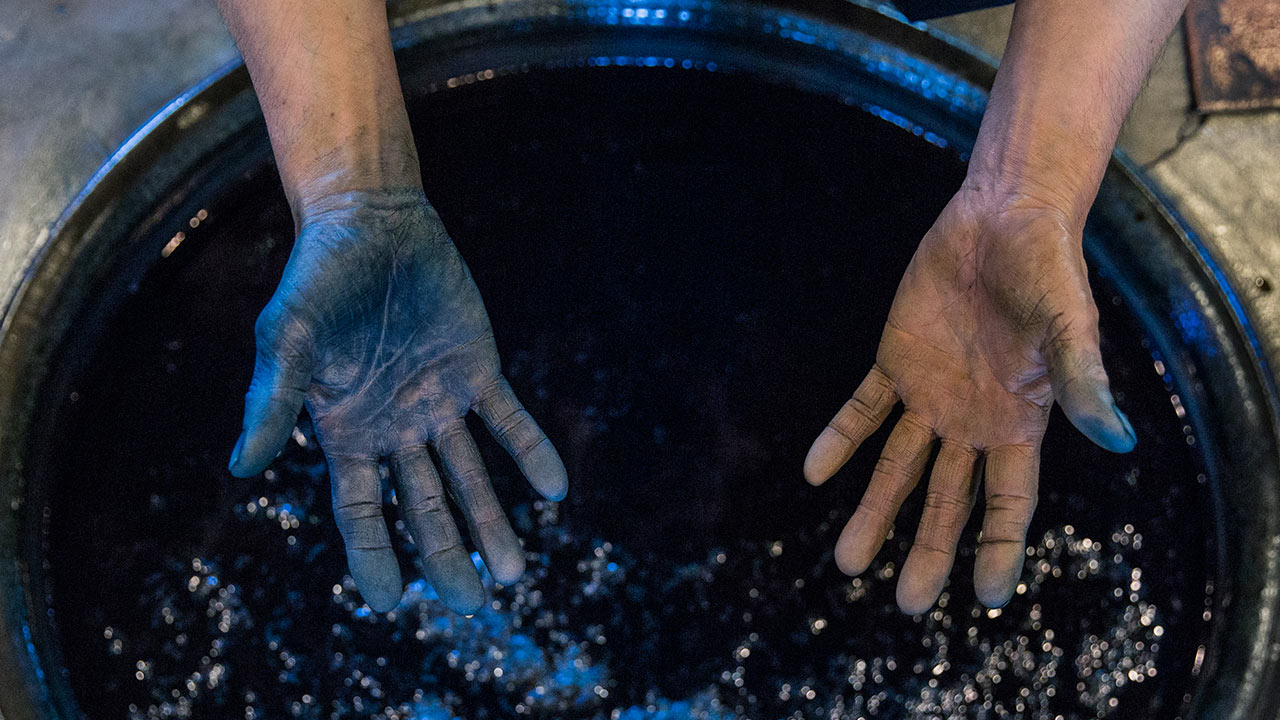 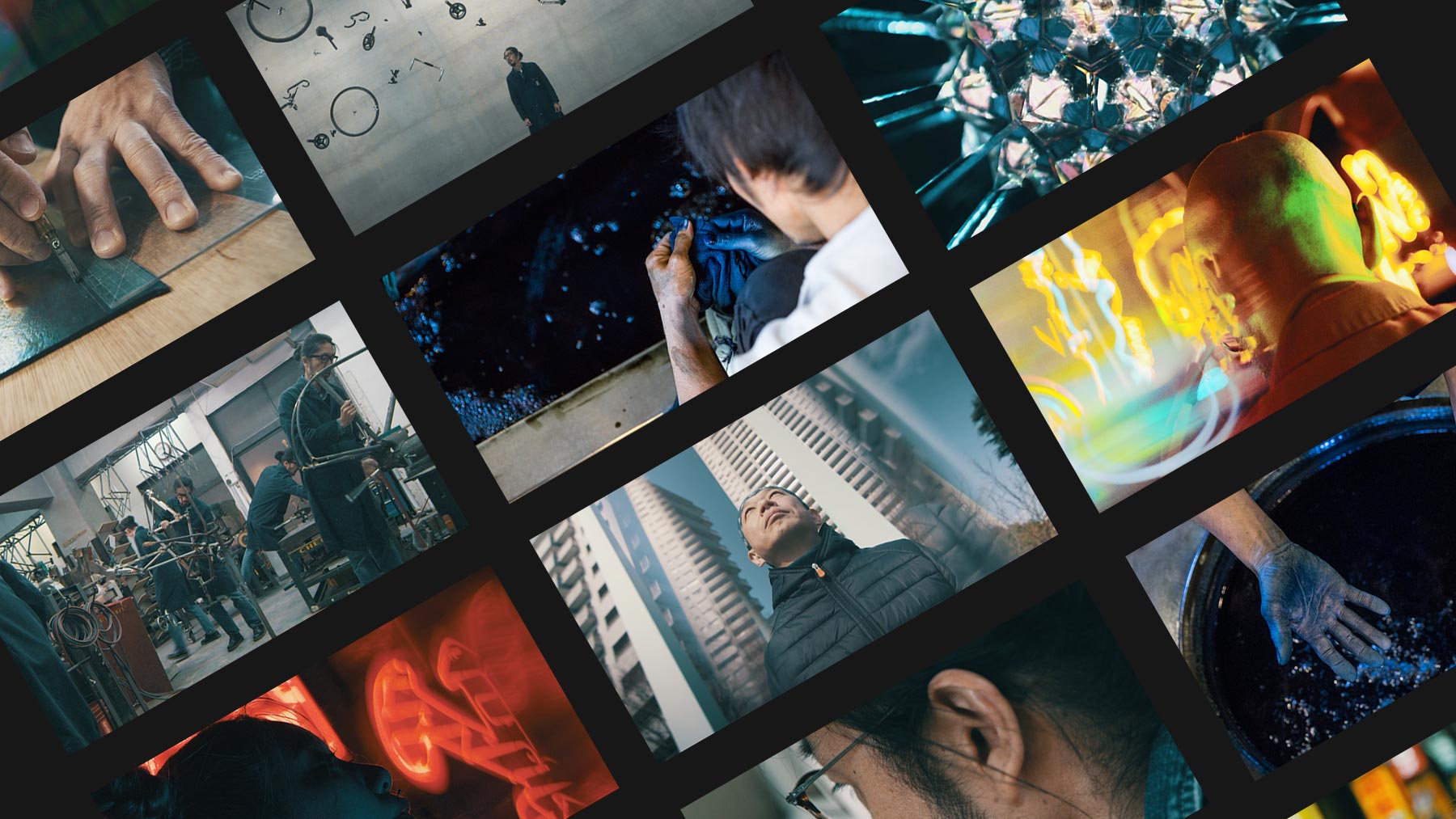 Visceral and Cinematic with a Novel Approach

Collaborating with such a reputable and esteemed publication such as PEN was an exciting honor but posed a few challenges. For one, our demographic and general aesthetic are quite different, with poweredby.tokyo being on the darker, underground side and PEN being more high-brow and sophisticated. We knew we could find a middle ground. As poweredby.tokyo is focused on contemporary urban culture, it was important to find craftsman that fit this principle. Bikes, neon, kaleidoscopes, and indigo, the latter getting a pass for its resurgence in popular fashion, were to be communicated in a new and fresh manner. The traditional approach to documentary profiles are tried and tired, so we made a strong effort do something different. We dug deep into the psychology of the ‘shokunin’ and communicated this in a very visual manner, transferring their intense energy and focus into the direction of the film. 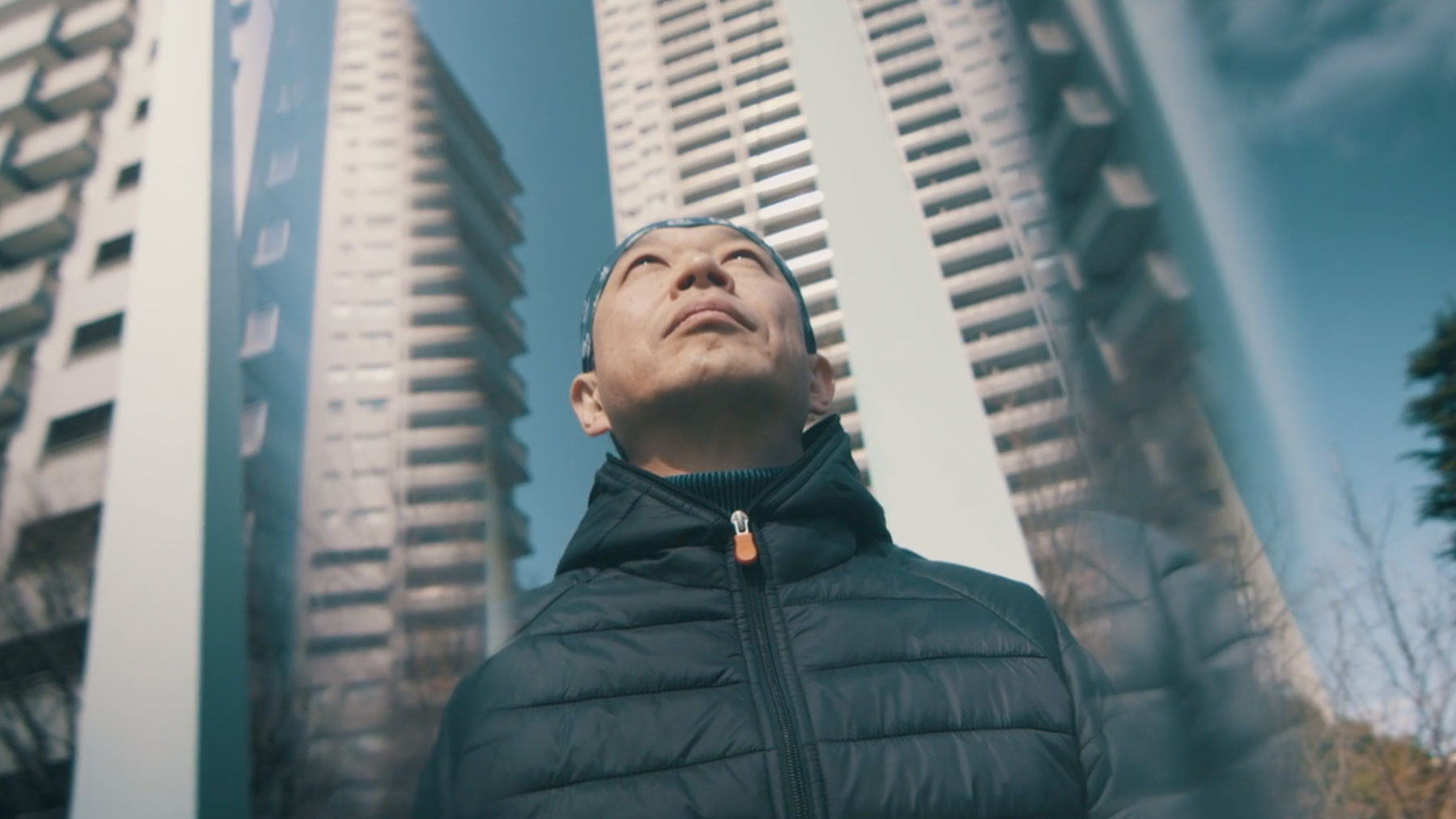