In the summer of 2020, legendary badminton player Lin Dan announced his retirement from the Chinese national badminton team. Yonex and monopo teamed up to create a tribute campaign and website. We devised a social media campaign that invites Lin Dan fans and famous athletes to share the memories they have of Lin Dan’s career. The most remarkable memories were collected on thememoriesweshared.com. 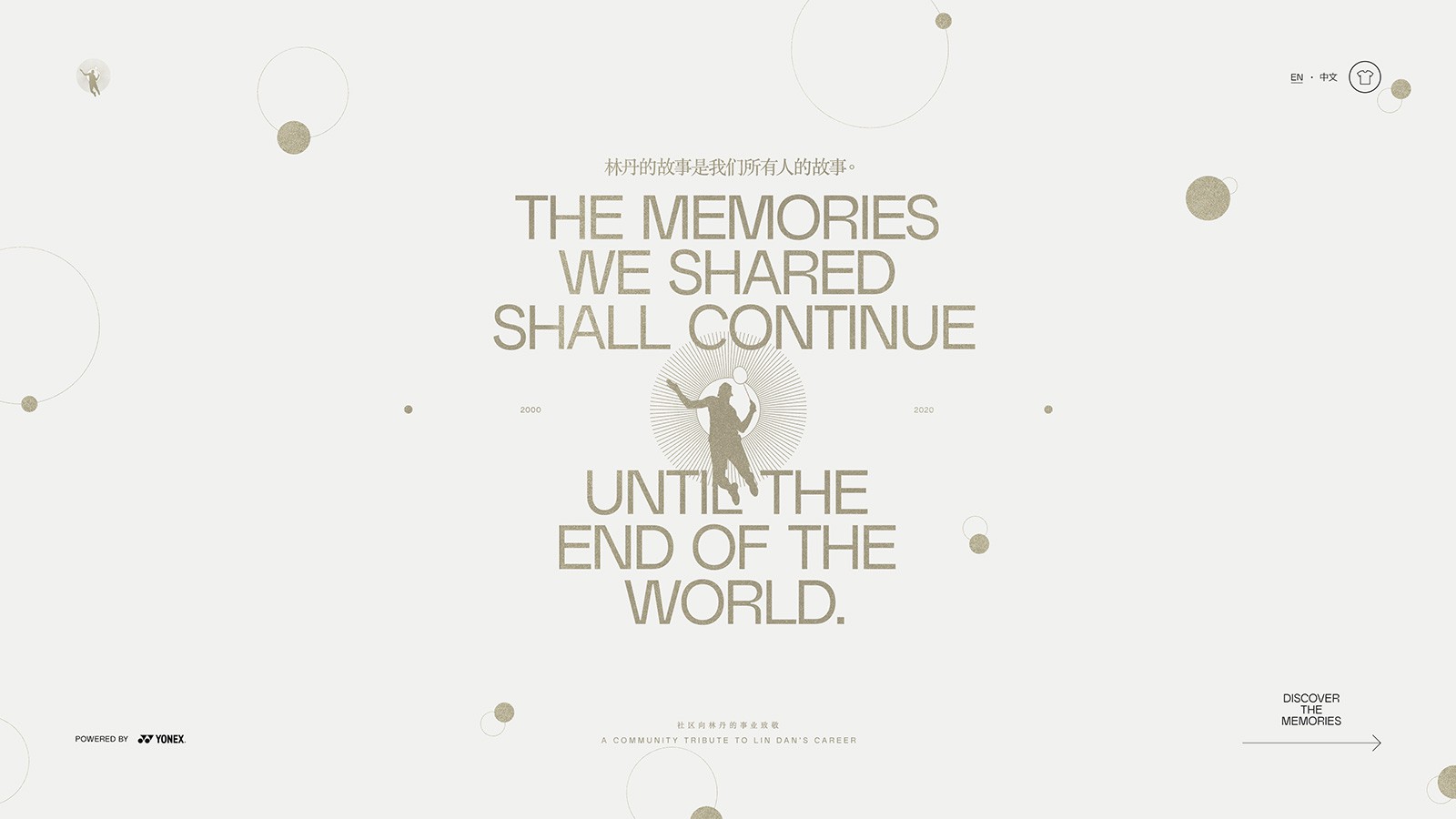 A community tribute to badminton’s Greatest Of All Time

In the summer of 2020, Lin Dan announced his retirement from the Chinese national badminton team. Sad news in an already dire year for sport. The game was about to lose its greatest hero. The only badminton player to ever have successfully defended a gold Olympic medal.

Yonex - global market leader in badminton and longtime Lin Dan sponsor - understood the significance of this moment. The brand wanted to leverage it as an opportunity to rally a community that had been forced away from the sport they love during the pandemic.

The brief: create a moment for the badminton community to come together again, through their joint love and respect for Lin Dan. 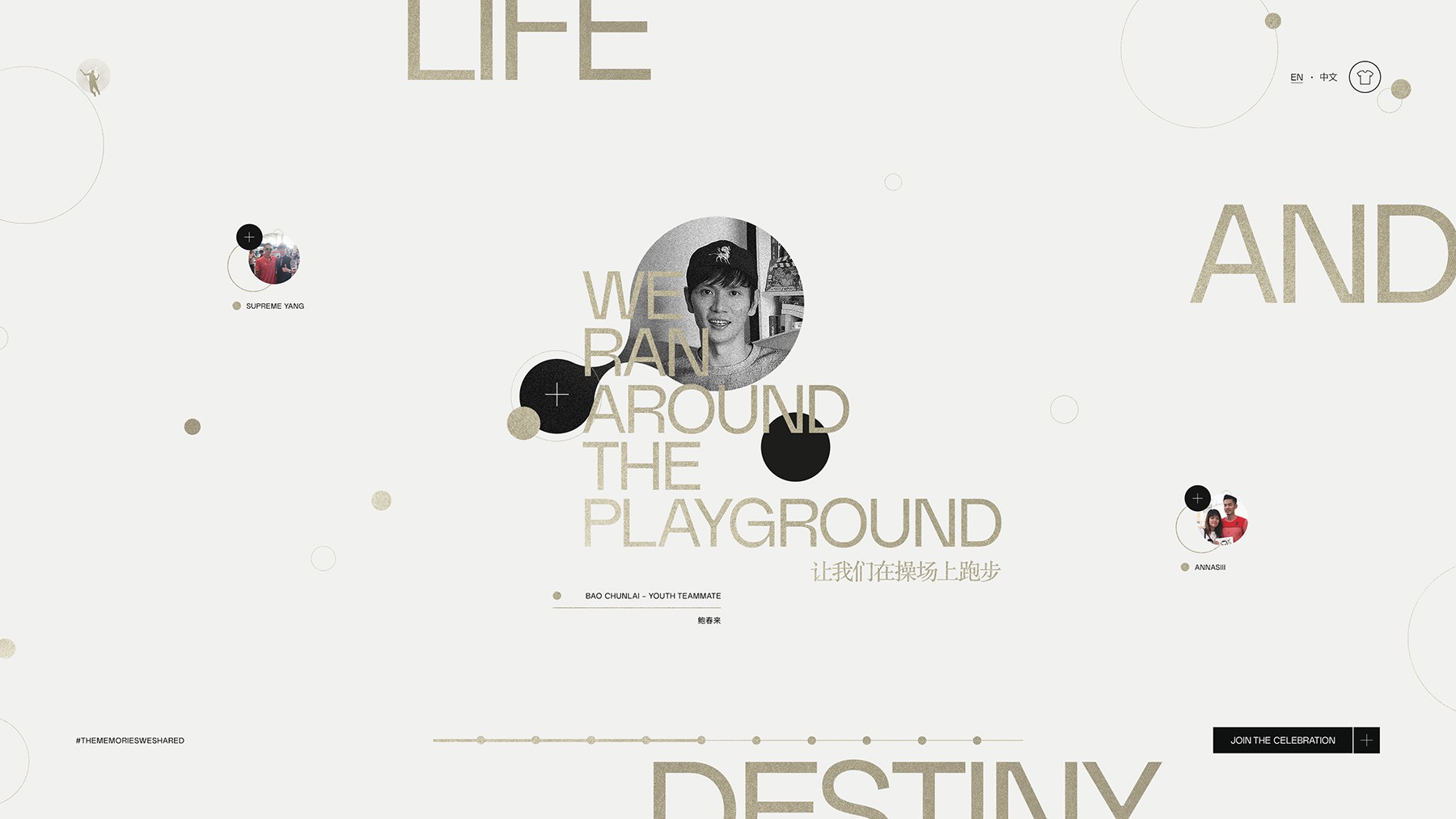 Inspired by the title of Lin Dan’s autobiography - The memories we shared shall continue until the end of the world -, monopo London devised a social media campaign that invites Lin Dan fans to share the memories they have of Lin Dan’s career. The times they met him, saw him play or were inspired by his actions. We wanted to give fans a cathartic moment. A moment for the community to unite through nostalgia. 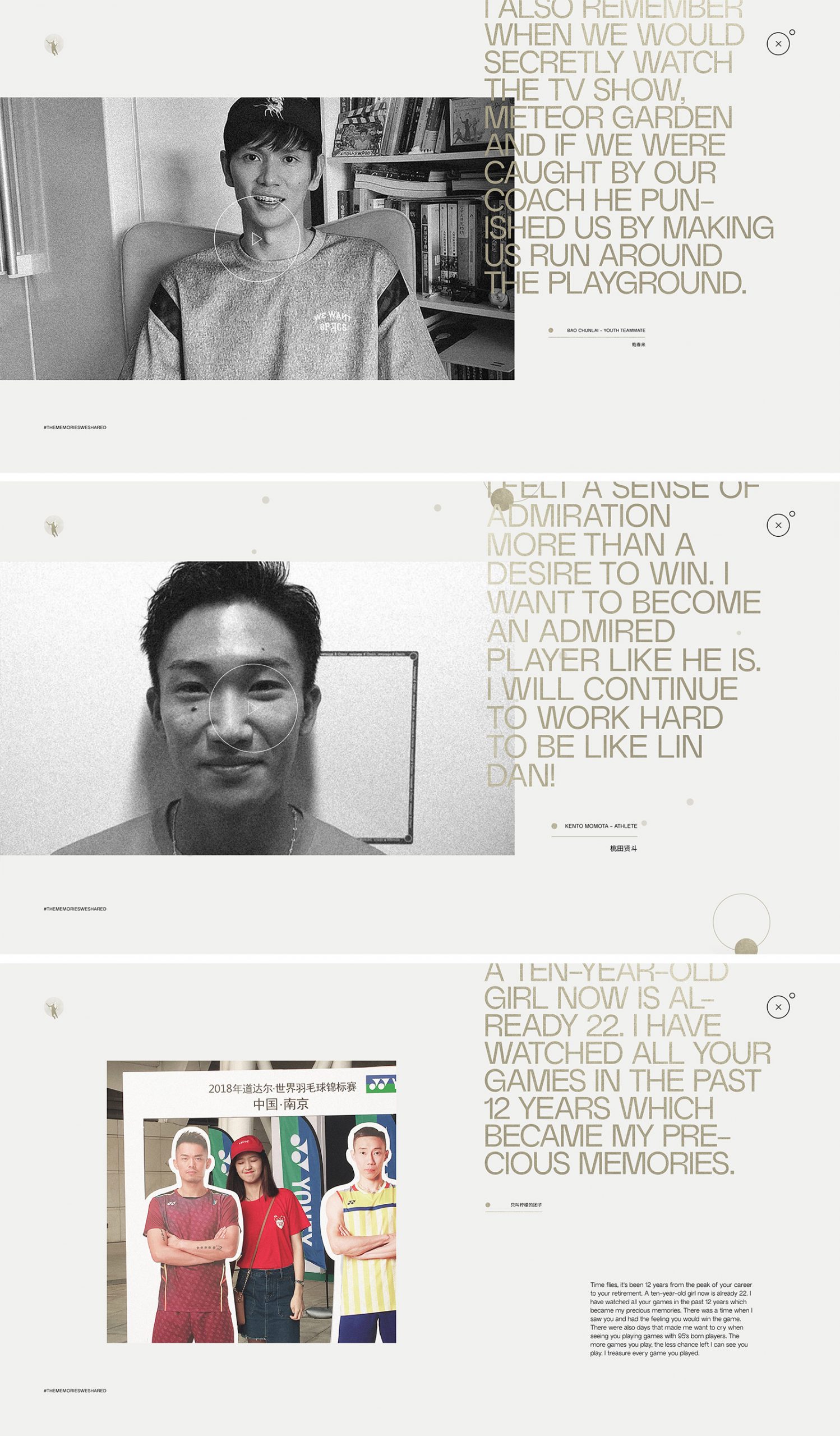 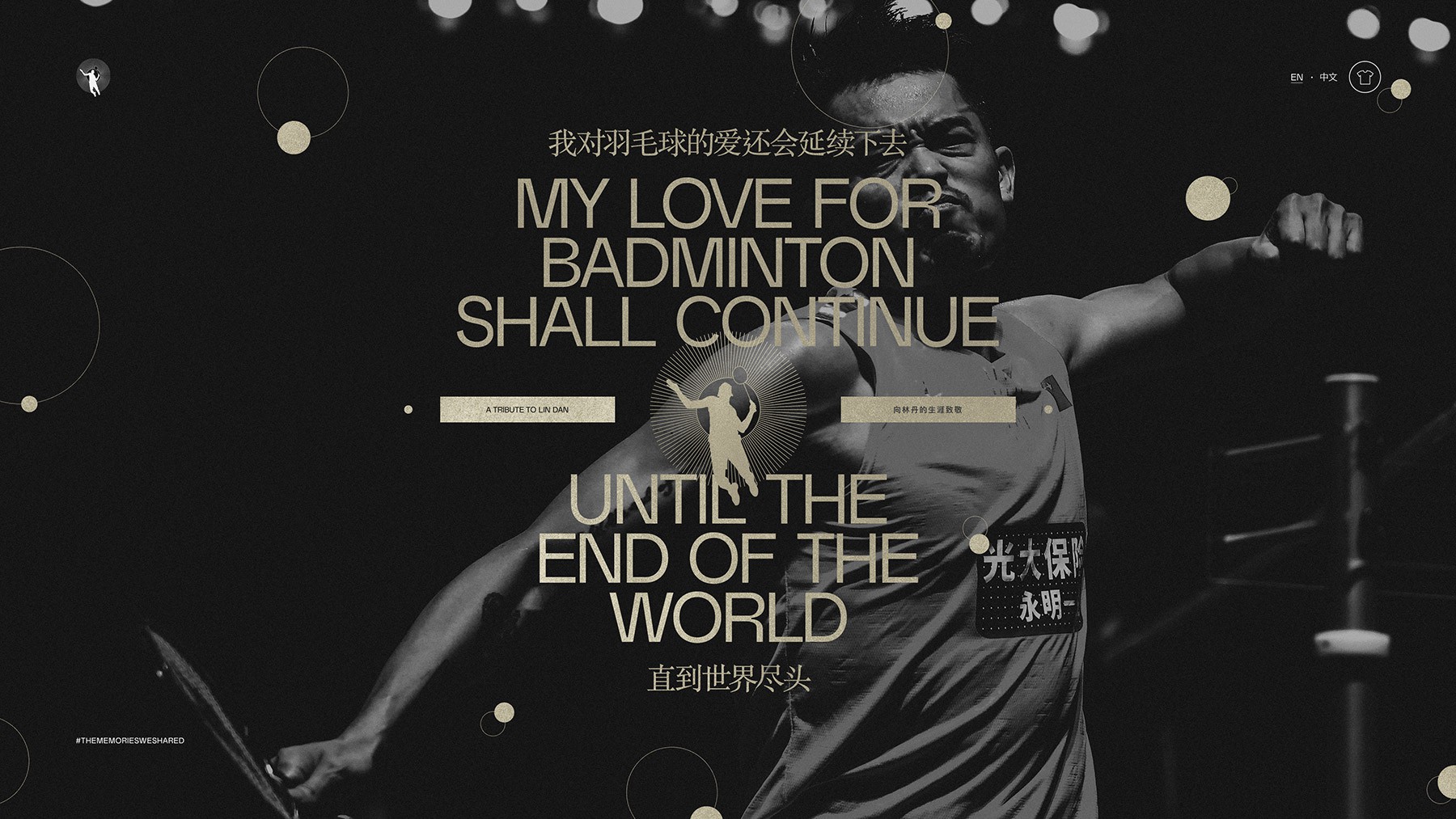 A two-week social media campaign across Weibo and Instagram

Since Lin Dan wasn’t on Instagram before this campaign, we also seized this opportunity to get him started. The newly founded @thereallindan became the central social hub. Fan memories were re-posted via Instagram Stories and we crafted personalised posts in response to the memories fellow professional athletes shared. 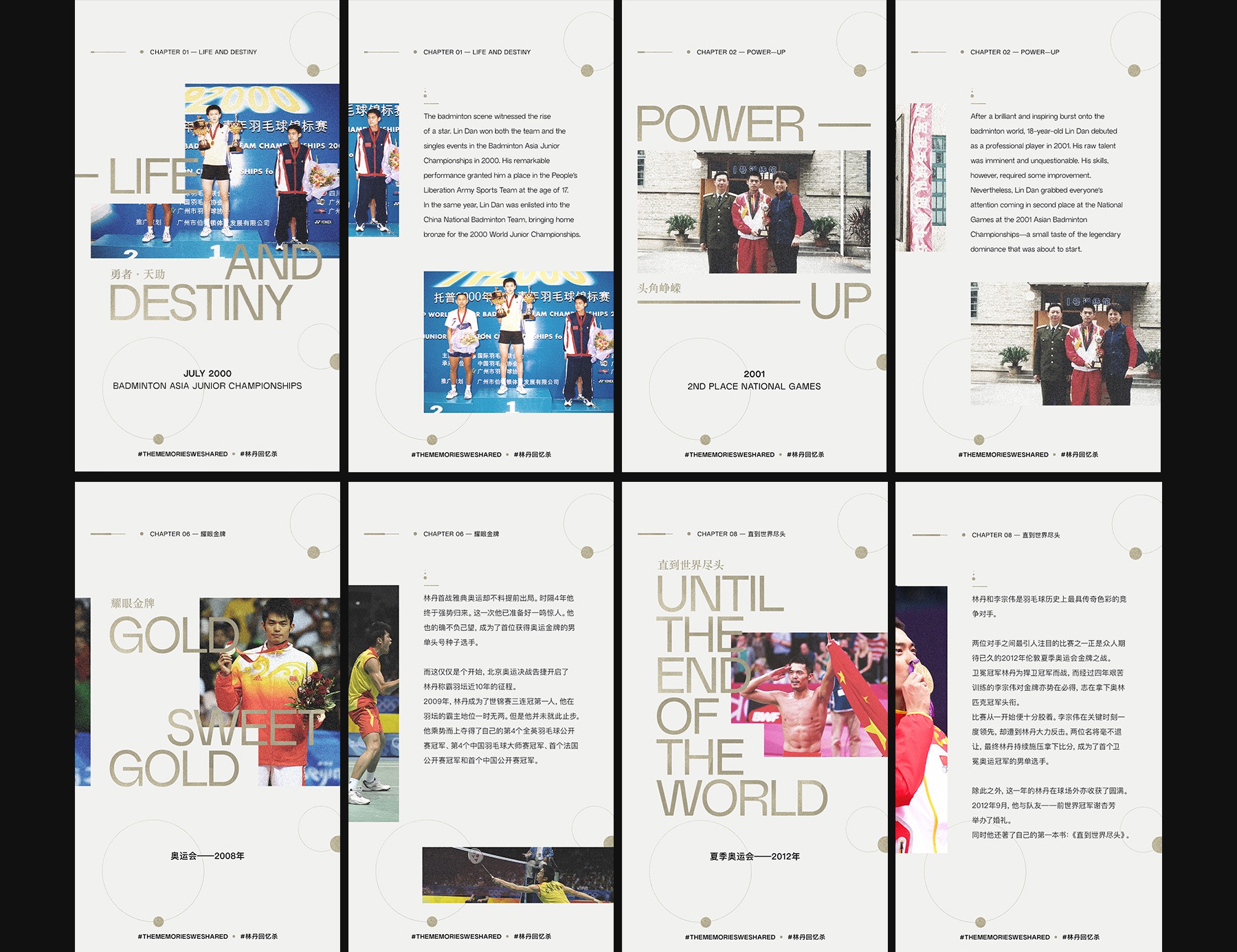 The most remarkable memories were collected on thememoriesweshared.com. Editorial content on the website describes Lin Dan’s career in ten chapters while athlete and fan memories bring the story to life. The website works as a community-based retrospective of Lin Dan’s 20-year career.

While this project related to a very specific occasion, it was also an opportunity to further craft Lin Dan’s visual brand. We looked at branding Lin Dan's image into a mature, confident modern hunter by mixing white and gold for a premium and mythical look.

For the key visual, we focused on the quote that inspired the campaign and we created a lock-up showing a silhouette of Lin Dan playing against the horizon. We wanted to show that his retirement is not an end but a new beginning.

The web and social art direction relied heavily on type as the concept is all about memories and messages. The idea was to create a constellation of star-like bubbles, each representing a memory shared by the community. Like stars in the sky, the memories will exist until eternity. 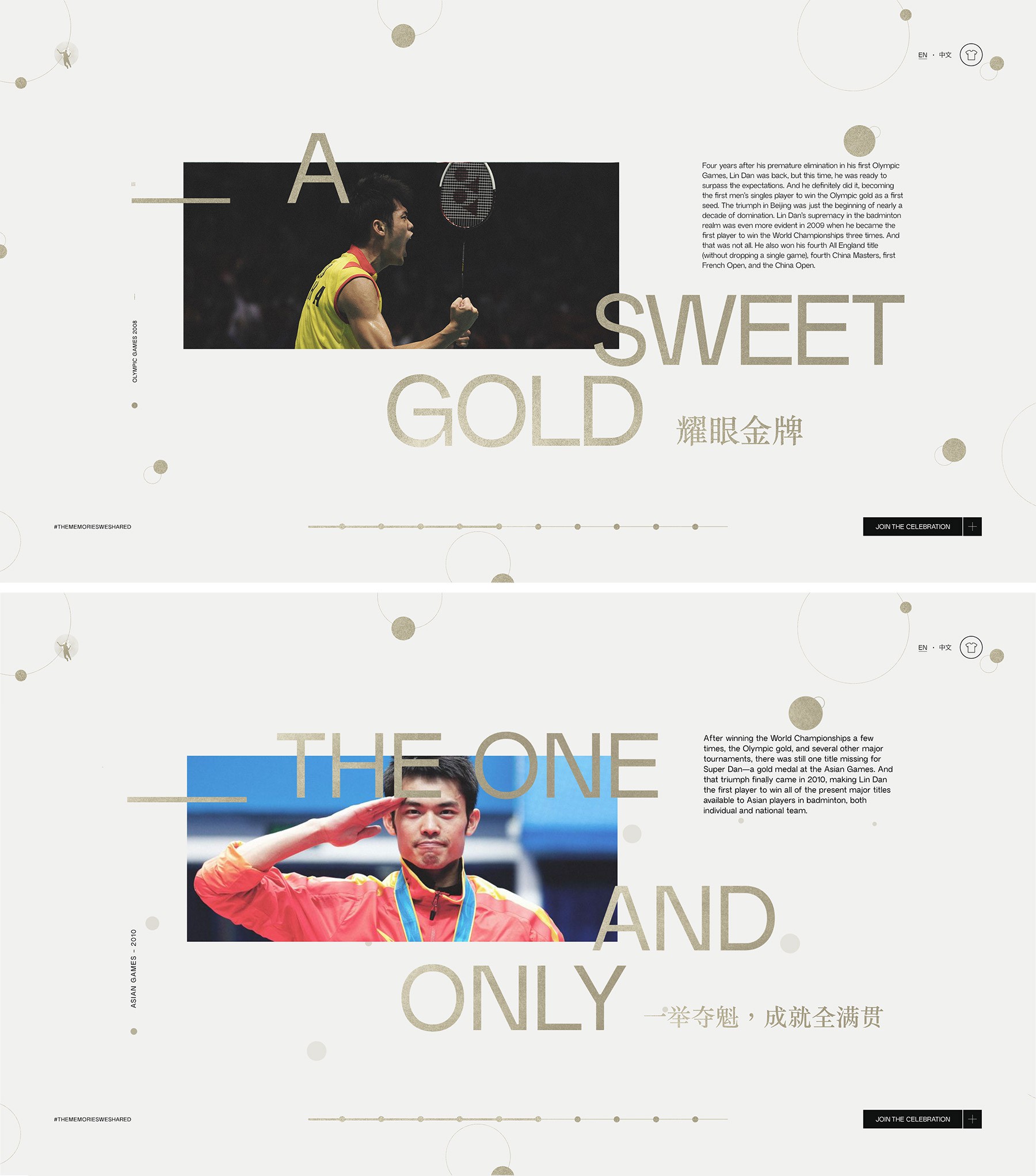 Exclusive apparel to mark the moment

As a lasting memento, we also designed dedicated apparel using the campaign key visual. The apparel could be purchased through Yonex retailers across the world. 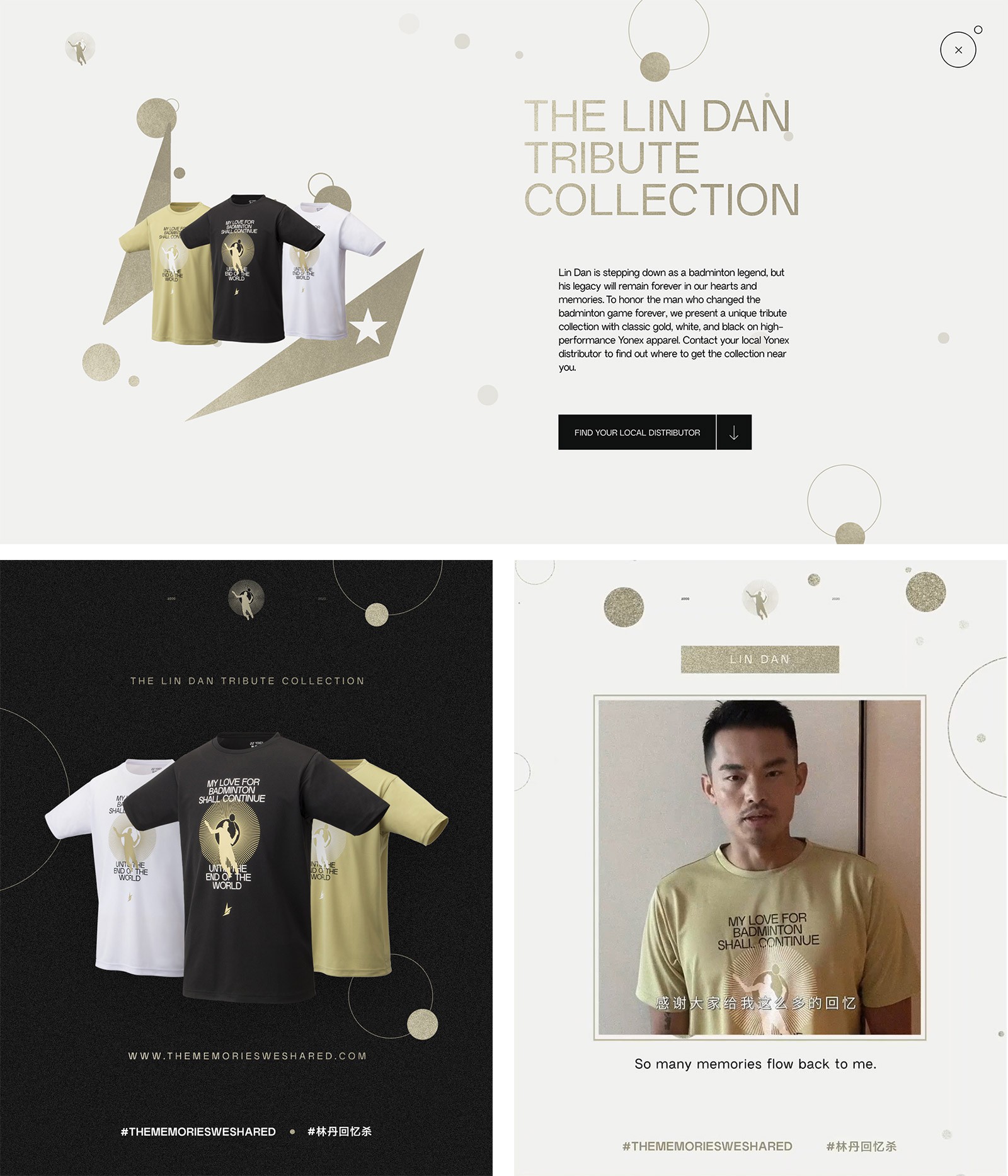